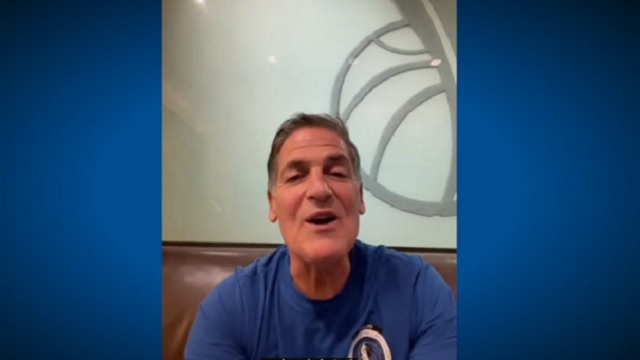 Billionaire Mark Cuban is one of the investor in Alethea AI, a new company that offers “intelligent” NFTs. Cuban was part of a $16 million round of investment in Alethea AI, which the company held last week.

So what is NFT and why should anyone buy one anyway?

Well here’s the deal. A Non-Fungible Token (NFT) is a kind of cryptocurrency like Bitcoin. Only in this case it is a specific digital file whose unique identity and ownership are verified on a blockchain. NFTs can be bought with cryptocurrency and resold. NFTs have different values and so they are not interchangeable.

Confused? The key word here is fungible. This means something that has a set value. So Bitcoin has a set value for each coin at whatever the going rate is. So all Bitcoins are equal in value at all times. But each NFT is unique. And the NFT itself is not used as a currency.

So, what exactly does Alethea AI do, and how can an NFT be “intelligent” anyway?

The company states that it is creating what it considers to be the underlying infrastructure for iNTFs, using artificial intelligence. To that end, Alethea is building scalable AI infrastructure for NFTs, enabling NFTs to be animated, interactive, and intelligent through Open AI Foundation’s GPT-3 technology, which is a learning AI that shapes natural language responses to queries.
–

1/ After our groundbreaking sale of the world’s first iNFT at @Sotheby’s for almost half a million, we’re excited to announce that the private sale for Alethea has brought in $16 million with @metapurse,@mcuban, @cryptocom @multicoincap @bitkraftVC+…https://t.co/1rshkShArv

“While NFTs have continued to be exciting for collectors, Alethea AI has managed to uniquely combine AI Powered Avatars that are secured on-chain as NFTs,” Cuban said in a statement. “The result is not only fun and entertaining, but the foundation for a level of interactivity that is going to advance quickly using Alethea’s technologies.”

In other Mark Cuban news, the HiFi, the newest music venue in Dallas which is backed by Cuban, was forced to postpone its grand opening, reports the Dallas Morning News. The new 1,000 seat club was all set to have its first show today, Sunday, showcasing Austin’s Gary Clark Jr.

No reason was given for delaying the opening and no new expected opening date was given.

Located at 1323 N. Stemmons Fwy., HiFi is in a former warehouse/furniture store, next door to the Mavericks training facility, across the freeway from American Airlines Center. Mark Cuban also owns the Dallas Mavericks.

On why he chose to build such a venue at that location, mark Cuban once commented, “I just thought it would be fun. The Design District has been waiting for an entertainment destination, and the building was the perfect place. And, of course, we have all the parking right there, and it can leverage the traffic coming from the AAC.”