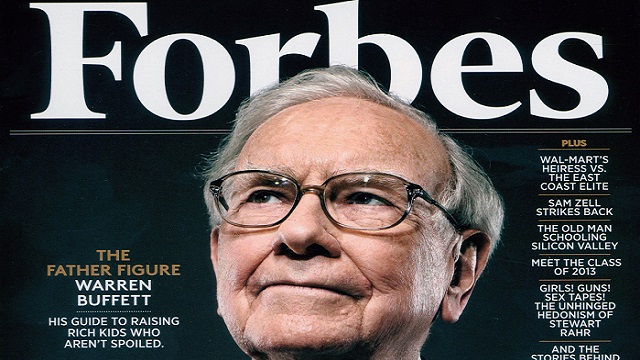 Forbes Global Media Holdings Inc. and Magnum Opus Acquisition Limited a publicly traded special purpose acquisition company focusing on global consumer, technology and media sectors, have entered into a definitive business combination agreement. The transaction is expected to close in late fourth quarter 2021 or early first quarter 2022 and will enable Forbes to complete an initial public offering. The new company will reportedly be worth $630 million.

Upon the closing of the transaction, Forbes will list on the New York Stock Exchange under the ticker symbol “FRBS”

Ironically, Forbes, which is known for following the world’s billionaires, and was founded by one, Malcolm Forbes, will not be worth more than a billion dollars. Perhaps, this is due to the fact that Steve Forbes, Malcolm’s son and heir, squandered a large share of his family fortune on two failed vanity presidential campaigns. One in 1996 and the other in 2000, when he ran in the Republican primaries. He was ultimately forced to sell the company.

Forbes says that this combination will enable the company to further capitalize on its “successful digital transformation, pursue additional growth opportunities and fully recognize the strength and potential of its iconic global brand.” The combined company has secured an additional $400 million via PIPE that includes funds and accounts managed by top-tier institutional investors. The new company, says Forbes, will continue to be led by the current management team and will retain the Forbes name.

“Leveraging our iconic global brand, Forbes has been executing a data-led platform strategy and is fast becoming the gateway for businesses, entrepreneurs and consumers to join the conversations and participate in the trends that are shaping the world today,” said Mike Federle, CEO of Forbes. “With this transition into a publicly traded company, Forbes will have the capital to accelerate growth by executing its differentiated content and platform strategy and fully realize the potential of our iconic brand.”

“It has been exciting to watch the Forbes management team successfully complete a digital transformation since we have been involved, and then deliver record annual returns,” said TC Yam, Executive Chairman of Integrated Whale Media, which acquired a majority stake in Forbes in 2014. “This is a testament to the outstanding, seasoned executive team, the consistently trusted quality of Forbes journalism and the dedication of the entire Forbes team. Now, it is time for the next exciting chapter in the Forbes narrative, one in which we are happy to remain involved as a significant investor and partner with the world class institutional and strategic investors at Magnum Opus.”