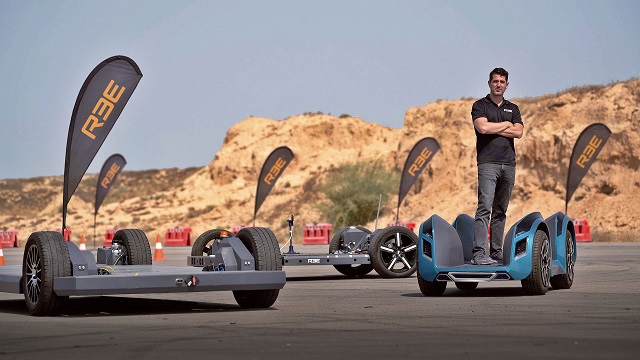 The UK government said that its investment in REE Automotive fits with the country’s ambition to accelerate the shift to zero-emission vehicles and de-carbonize the UK’s transport networks. The award funding follows an intensive vetting and selection process from which REE’s project and three other transformational projects were selected amongst dozens of companies.

Electric vehicles are the way of the future. Nations like China have already announced a deadline for the continued sale of gas-powered cars. Several states in the U.S. are making similar moves. Everywhere governments are working to build new infrastructure to handle the additional electric demands and are building more and more electric vehicle charging stations.

Together, the 4 projects could save nearly 32m tons of carbon emissions, which is equivalent to the lifetime tailpipe emissions of 1.3m cars. The investment will help drive energy-saving technology across a wide range of vehicles and propel forward a green economic recovery.

The news comes less than one month after REE Automotive announced that it had completed a $3.1 Billion SPAC merger. The IPO SPAC merger was held with 10X Capital Venture Acquisition Corp. REE raised $288 million in its initial public offering.
–

REE said that the UK funds will allow the company to facilitate commercial production of its “breakthrough” REEcorner technology and ultra-modular electric vehicle platforms, including engineering design, validation, verification and testing and product homologation.

Headquartered in Tel Aviv, Israel, with subsidiaries in the USA, the UK, and Germany, REE has a CapEx-light manufacturing model that leverages its Tier 1 partners’ existing production lines.

Mike Charlton, REE’s COO, said, “REE is honored to have been selected as the recipient of the UK funding to support REE investment in the UK automotive ecosystem following an extensive vetting and selection process. With the opening of our Engineering Center in the UK in February this year, this reaffirms our commitment to the region and is in line with our plans for the mass production of our breakthrough REEcorner and electric vehicle platform technology. The UK is an ideal location for a pioneering automotive company like REE thanks to the country’s commitment to vehicle electrification which dovetails with our vision of propelling a zero-emissions, greener future for our generation and those to come.”

REE has announced plans to establish a US headquarters in Austin, Texas, to meet the growing demand for electric vehicles in the United States from delivery and logistics companies, mobility-as-a-service providers, and new technology players. Austin will house REE’s first asset-light Integration Center, which will assemble and test its innovative technology and ultra-modular electric vehicle platforms.