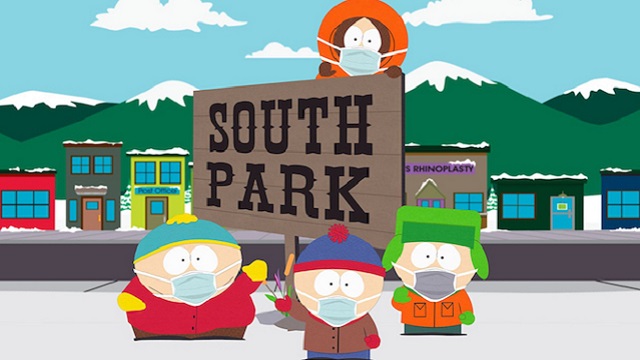 South Park fans rejoice? The parent company of the cable channel which broadcasts the show has cut a new deal for producing many more episodes of South Park. ViacomCBS has announced that it will pay $900 million for a new six year deal with the show’s creators.

ViacomCBS is run by Shari Redstone. South Park was created by and is produced by Trey Parker and Matt Stone. Stone’s mother is Jewish.

The new deal includes making 14 new movies exclusively for Paramount+, two every year, beginning this year and running through 2027. The South Park series was also renewed through season 30. Next year South Park will air its 25th season.

The HBO streaming service HBOMax currently holds the rights for the live streaming of all of the past South Park seasons. So this new deal is seen by observers as part of an attempt to help create new content for ViacomCBS’ own streaming service, Paramount+. Paramount+ has been slow getting off the ground and has not attracted nearly as many subscribers as its competitors like Netflix and Hulu.

Viacom CBS entertainment Chief Chris McCarthy, said in a statement, “Franchising marquee content like South Park and developing new IP with tremendous talent like Matt and Trey, is at the heart of our strategy to continue growing Paramount+.”
–

Oh my god — they’re giving us more @SouthPark! Series creators Matt Stone & Trey Parker will produce 14 films based on the franchise, as part of a deal with #ViacomCBS. Read more in @Variety. https://t.co/2sW3NPdia8

“Comedy Central has been our home for 25 years and we’re really happy that they’ve made a commitment to us for the next 75 years,” said Parker and Stone in a statement. “When we came to ViacomCBS with a different way to produce the show during the pandemic, Chris [McCarthy], Nina [Diaz], Keyes [Hill-Edgar] and Tanya [Giles] were immediately supportive and enabled us to try something new that turned out to be really well received. We can’t wait to get back to doing traditional South Park episodes but now we can also try out new formats. It’s great to have partners who will always take a chance with us.”

In this article:Finance, Shari Redstone