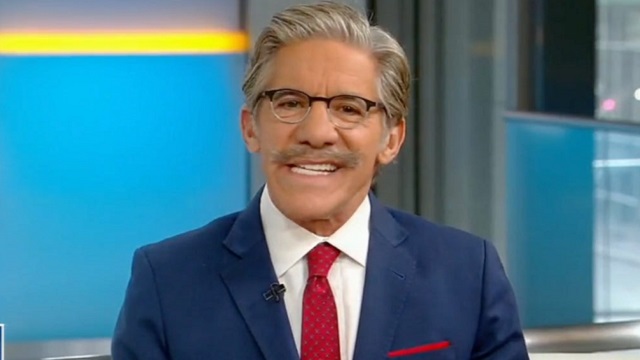 Geraldo Rivera was very angry with his fellow Fox News talking heads for their positions on the new outbreaks of the Covid virus Delta variant. His co-panelists on the show “The Five” tried to blame the new outbreaks in America on people illegally crossing the Mexican border. But Geraldo was not having any of it.

First, an irate Geraldo Rivera said, “I think the vaccine is absolutely bulletproof against this damn disease! We had a lightning storm in Cleveland last night. It was as likely to get hit by one of those lightning bolts as it is to get this terrible disease if you are vaccinated.”

Geraldo even went so far as to say that was “appalled” by his fellow panelists. Rivera slammed them for making claims that the new Covid outbreaks were caused by people crossing the American border with Mexico; even though, they had no evidence to back this up. He also called on anyone who has yet to be vaccinated to be tested on a regular basis.

Geraldo’s The Five co-host Gregg Gutfeld, a failed comic turned TV political pundit, responded with hostility to Geraldo’s words. Waving his arms in the air Gutfeld asked Geraldo sarcastically about his claims of the unvaccinated, “Do you have proof of that? What’s your proof that people are wandering around, willy nilly spreading the disease.”Gutfeld made some sort of noises as if he were a monster. Good thing that this unfunny man was there to try and make jokes about such a serious situation.

Rivera had to explain to the rest of the panel that over 90% of new cases of Covid infection have been among the unvaccinated.

Some Fox viewers were not happy with Geraldo Rivera’s comments.
One said on social media, “Do you realize how many viewers you have lost on The Five because of Geraldo Rivera? Good luck with viewership. You lost mine months ago and this just solidifies it.”

“That arrogant, selfish SOB, Geraldo, can kiss my healthy unvaccinated ass,” tweeted someone else.