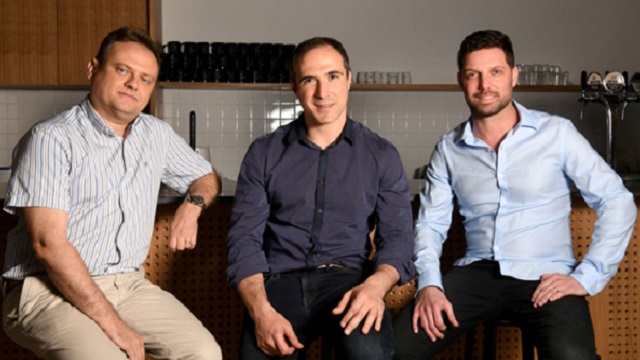 The latest raise comes just four months after Fireblocks brought in $133 million in Series C funding. The company now has a total investment of $489 million to date and has tripled its value in just four months.
–

And it came in spite of recent legal troubles for Fireblocks in the form of a civil suit. In June, cryptocurrency company StakeHound filed a law suit in Tel Aviv District Court against Fireblocks. The suit alleges that StakeHound lost NIS 245.5 million (approximately $75 million) in cryptocurrency held for the firm by Fireblocks. StakeHound asserts in the suit that Fireblocks is guilty of negligence and is therefore responsible for reimbursing the company for its losses. The lost funds are said to be not recoverable.

Well there is a reason why cybersecurity startups are more important than ever for potential investors looking for the big score. Hackers are not only motivated by money or politics. They often just like being malicious. So even small companies need to be on their guard and be sure to properly protect their systems. In recent months two different Israeli companies were ransomware attacks by the Black Shadow hackers.

Now that cryptos are so popular people need to be concerned with how to secure it. One of the biggest criticisms of cryptos like Bitcoin is that people cannot not be sure that their money is really safe since it is not stored in a real bank. So this is where firms like Fireblocks come in.

“We’re honored to report that, in just 24 months, our team has helped launch or grow more than 500 digital asset businesses and reached $1 trillion in digital assets transferred.”

Founded in 2018, Fireblocks states that its tech streamlines operations by bringing a user’s exchanges, OTCs, counterparties, hot wallets, and custodians into one platform. Wallets, deposit addresses, and API credentials are secured using patent-pending chip isolation technology and the newest breakthrough in cryptography (MPC). The company boasts that institutions are using Fireblocks to move funds securely in seconds – instead of hours.

Fireblocks says that they will use all of their money to help them continue to build their platform for crypto-native and retail-facing financial services companies while also developing the industry-standard digital asset backend for traditional financial institutions (FIs).
–

In the last 24 mths, Fireblocks has had the honor to help launch & scale 500+ digital asset businesses globally. Today, we’re excited to announce that we’ve raised $310M in Series D funding to help us continue doing so for thousands of more businesses! https://t.co/FcyPpBJQCJ 1/3 pic.twitter.com/lpApmSYW9f

“We’re thrilled to be able to expand our company and infrastructure through this new injection of funds. The growth we’ve seen to date is a reflection of all parties involved, at every stage,” said Michael Shaulov, CEO of Fireblocks. “As it stands, our technology has stood out in the space since the company’s inception, and its success rate has been evident. Looking ahead into the growth of the industry, there is massive potential for us to continue stepping in and being a trusted partner to financial institutions and other organizations looking to enter the space safely and seamlessly.”

In this article:Finance, CyberSecurity, Unicorn