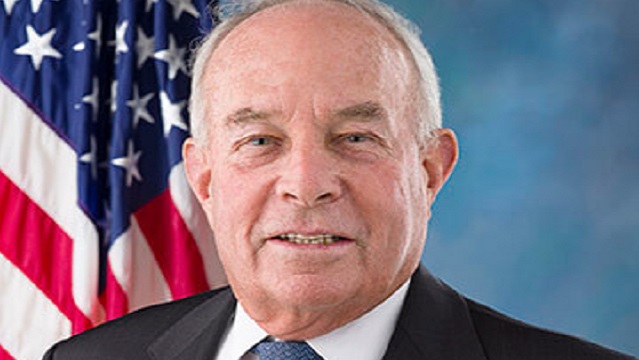 Andrew Saul, the Jewish commissioner of America’s Social Security Administration, was fired from that position by President Biden last Friday. The Jewish businessman was appointed to the position on June 17, 2019 by former President Donald Trump. President Biden feels that Mr. Saul was a political appointee and that he has not done his job. But Andrew Saul believes that the President cannot fire him and vows to fight the termination in the courts.

Mr. Saul is a successful businessman who studied with Donald Trump at the Wharton School of Business. Andrew Saul is also a prominent Jewish philanthropist and activist. He serves as a member of the board of trustees of the Federation of Jewish Philanthropies, the United Jewish Appeal Federation, the Sarah Neuman Nursing Home, the Wharton School of Business, the Manhattan Institute, and Mount Sinai Hospital, New York City. But he was not well received by the people in the Social Security Administration.

The White House issued a statement explaining Mr. Saul’s termination, which accused the now former commissioner of undermining and politicizing the Social Security Administration and of outright incompetence. “Since taking office, Commissioner Saul has undermined and politicized Social Security disability benefits, terminated the agency’s telework policy that was utilized by up to 25 percent of the agency’s workforce, not repaired SSA’s relationships with relevant Federal employee unions including in the context of COVID-19 workplace safety planning” the statement reads, “ reduced due process protections for benefits appeals hearings, and taken other actions that run contrary to the mission of the agency and the President’s policy agenda.”

But Andrew Saul is not acknowledging President Biden’s authority to dismiss a Federal political appointee from his job.

“I consider myself the term-protected commissioner of Social Security,” Andrew Saul told the Washington Post calling his ouster a “Friday Night Massacre.” This is an obvious reference to the “Saturday Night Massacre” which is the name given to the firing of Watergate Special Prosecutor Archibald Cox on the night of Saturday, October 20, 1973. Two senior U.S. Justice Department officials were also fired for refusing to carry out President Nixon’s order to fire Cox. Andrew Saul clearly knows what he is doing by making such a comparison; however, there is no comparison to be made and Saul seems to just be trying to turn his termination into some sort of political cause.

“This was the first I or my deputy knew this was coming,” Andrew Saul told the Post about the email sent to him from the White House Personnel Office on Friday morning telling Saul that he was fired. “It was a bolt of lightning no one expected. And right now it’s left the agency in complete turmoil.”

The commissioner of the U.S. Social Security Administration serves a six year term. Andrew Saul’s term would have ended on January 19, 2025. It is accepted as law in America that a President can fire a political appointee at any time that he wishes. This includes the heads of Federal agencies and Cabinet secretaries. But this does not include the career civil service people who work for the Federal government and have union contract protections.

In May 2017 President Donald Trump himself famously fired FBI Director James Comey just four years into a ten year term. President Trump surely would not have hesitated to fir a Social Security commissioner, if he wanted to, under the powers of the Presidency. It is not clear what exactly Andrew Saul believes he can do about his firing. The courts will be sure to dismiss any law suit.