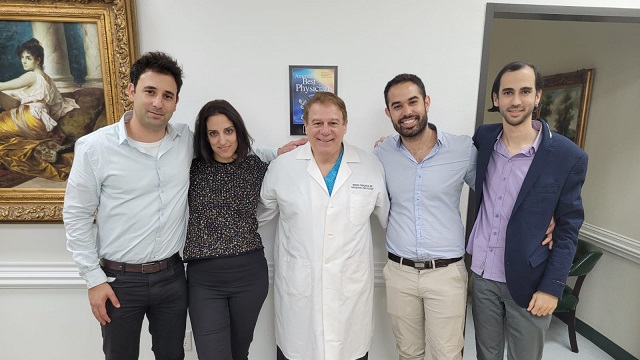 Israeli medtech startup Alpha Tau Medical has developed a new form of cancer therapy which uses alpha radiation. Alpha Tau Medical is now looking ahead to its IPO. Globes reports that Alpha Tau has entered into an SPAC merger with special purpose acquisition company Healthcare Capital Corp. The new company has an expected valuation of $1 billion.
–

Investopedia explains that a special purpose acquisition company (SPAC) is a company with no commercial operations that is formed strictly to raise capital through an initial public offering (IPO) for the purpose of acquiring an existing company. Also known as “blank check companies,” SPACs have been around for decades. While Alpha Tau Medical has not stated officially that there will be an IPO, an SPAC merger is done ahead of one.

Founded in 2016, Alpha Tau Medical focuses on research, development and commercialization of Alpha DaRT (Diffusing Alpha-Emitters Radiation Therapy) for the treatment of solid cancer tumors. Initially developed at Tel Aviv University in 2003, Alpha DaRT was shown to be effective and safe for treating different types of cancer in multiple animal studies. The company is running its first clinical trial in several sites in the EU and is currently commencing clinical trials at over 55 leading cancer centers worldwide.

“With our passion for research and humanity, we are striving to enable a cancer treatment that destroys tumors while sparing healthy tissue and save the lives of millions of patients around the world.”

The news of the Alpha tau Medical SPAC merger comes just a day after the company announced that the first participant in its US pilot trial for skin cancer has been treated with Alpha DaRT, at University Cancer Center in Houston, Texas.
–

Alpha DaRT, boasts Alpha Tau Medical, enables the highly potent and uniquely conformal alpha-irradiation of solid tumors. The treatment is delivered by intratumoral insertion of radionuclide Radium-224, which leads to the release and diffusion of daughter radioisotopes that emit alpha particles. These alpha particles have the capacity to destroy solid tumors. Since the alpha-emitting atoms diffuse only a short distance in tissue, Alpha DaRT mainly damages the tumor, while sparing the healthy tissue around it.

About this news, Alpha Tau CEO Uzi Sofer remarked, “We are so excited to have treated our first patient in the critical US market, after expanding our MSK trial to new sites including University Cancer Center in Houston. As we had hoped, following the Breakthrough Device Designation, our clinical studies are starting to progress rapidly, and we anticipate treating patients at additional US sites in the near future, which we believe will confirm the promising results we have observed so far in our other trials around the world.”