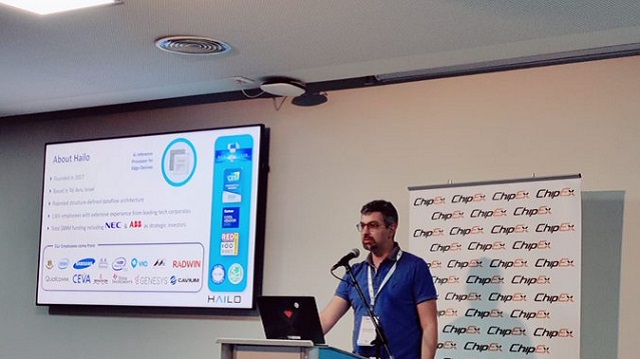 Halio is an Israeli startup which develops proprietary chip s for deep learning on edge devices. Globes reports that Halio has just hit unicorn status. The company did so with a $100 million financing round which gave Halio a valuation of $1 billion.

Fierce Electronics explains that Edge Machine Learning (Edge ML) is a technique by which Smart Devices can process data locally (either using local servers or at the device-level) using machine and deep learning algorithms, reducing reliance on Cloud networks. The term edge refers to processing that occurs at the device- or local-level (and closest to the components collecting the data) by deep- and machine-learning algorithms. Edge devices will send data to the Cloud when this is necessary. The ability to process some data locally, however, allows for screening of the data sent to the Cloud while also making real-time data processing (and response) possible.

“Now, complicated AI applications that could previously only run on the cloud are made possible to run on the edge, and the best part – with a fraction of the power consumption.”

A unicorn is a startup which is still a privately held company that has already reached a billion dollar plus valuation. Halio is now the eighteenth Israeli startup to hit this mark since the start of 2021. It follows Israeli cybersecurity startup Transmit Security which just yesterday revealed a $2.2 billion valuation after the company raised a whopping $543 million in what was the largest Series A financing round ever held by a cybersecurity startup.
–

Established in Israel in 2017 by CEO Orr Danon, CBO Hadar Zeitlin and CTO Avi Baum, members of the Israel Defense Forces’ elite technology unit, Hailo developed what it boasts is the world’s best performing AI processors for edge devices. As a leading AI chip company with worldwide business activities and world-leading partners in different domains, Hailo states that its deep technology is “set to transform the AI chip industry, putting new compute possibilities within reach.” The AI processor is designed to fit into smart devices in various industries and use cases including automotive, smart cities, retail, and industry 4.0.
–

Why are mature software and a robust system validation process crucial for edge AI developers?

Hailo states that its mission is to enable smart edge technologies reach their full potential. The company boasts that the solution Hailo presents bridges the gap between existing and future AI technologies and the compute capacity needed to power these applications. The company is focused on building AI processors efficient and compact enough to compute and interpret vast amounts of data in real-time, processors that can be embedded in the edge devices themselves.