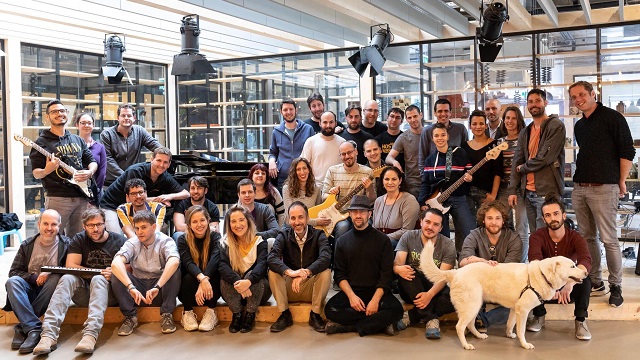 JoyTunes has now raised a total of $93 million. The company’s main apps are Simply Piano and Simply Guitar which help novices learn to play an instrument using AI and algorithms.

A unicorn is a startup which is still a privately held company that has already reached a billion dollar plus valuation. JoyTunes is now the sixteenth Israeli startup to hit this mark since the start of 2021. It follows Claroty, an Israeli industrial cybersecurity startup, which hit the mark last week.
–

So how is a company which that deals with education reach such a high valuation? Well JoyTunes hit $100 million in revenue in 2020. And the company is now looking towards an IPO which will leave it with a $1 billion plus valuation officially, not just based on estimates.

Founded in 2011 by CTO Yigal Kaminka and CEO Roey Izkovsky,, JoyTunes says that it is reinventing the way to learn, play and experience music, “making it possible for anyone to learn to play a musical instrument.” The company combines music education methods and note recognition, with their patented MusicSense acoustic engine. JoyTunes says that this helps millions learn piano, guitar, singing, or any instrument they always dreamed of playing.
–

“From beginner to pro, gain all the essential skills you need to make your musical dreams come true. Whether you want to learn piano on your own, or you’re starting from scratch, Simply Piano will guide you so you can play the songs you love.”

JoyTunes boasts more than 10 million downloads worldwide and 1 million songs played every week. The company states that its current piano learning apps are making a “big impact” and are ranked as one of the “top-grossing educational apps, seeing fast user and revenue growth, as well as being chosen as one of the best apps by Apple and Google and used by 10% of US piano teachers.”

The JoyTunes apps have been widely adopted by leading piano makers such as such as Yamaha, Casio and Kawai, music learning portals and winner of various industry awards.