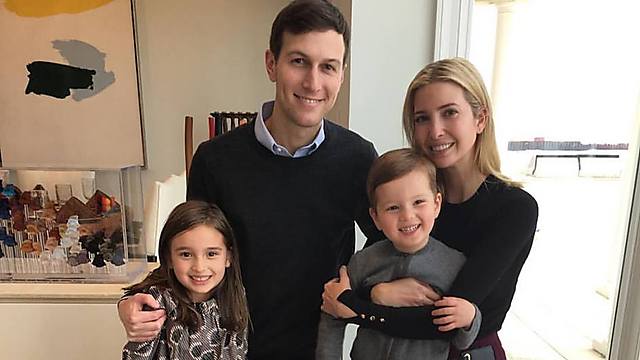 Former first son-in law Jared Kushner has a new book deal. Kushner will write about his experiences working in Donald Trump’s White House for Broadside Books, a conservative imprint of HarperCollins Publishers. The book is due out some time in 2022.

Jared Kushner is the husband of model Ivanka Trump who has been successful in fashion by trading on her father’s name, and the son of a successful real estate tycoon and convicted felon.

There is now word yet on how much Jared Kushner is getting paid. But since his family is already super rich and he has his own successful businesses, it’s not like Kushner needs to make much money from the book deal. On the other hand, much has been written recently about how the Kushner family’s businesses, especially Jared’s, have been hurting due to their close relationship with Donald Trump.

A recent article in The Daily Beast Titled “The Pathetic New Chapter of the Baby Trumps,” explained hoe Donald Trump’s kids do not really have a future in politics. While the father seems to still have sway over the Republican Party in America, darling Ivanka Trump and the others have not risen in popularity at all within the party. The father might still have political power, but once he is done politically, they will be too if they are not already..

This, of course, also applies to Jared Kushner.

“His book will be the definitive, thorough recounting of the administration — and the truth about what happened behind closed doors,” Broadside Books said in a statement about the new book. But don’t look for a “kiss and tell” kind of book or an insider’s view of what really went on during the Trump Administration. To say that Kushner is not likely to be in any way critical of Donald Trump’s Presidency would be an understatement.

Instead people should look for Jared Kushner to sing his own praises and tell the American public about how he was responsible for anything good that came out of the Trump Administration. Expect Kushner to claim to have saved America during the Covid Crisis. He is also sure to continue to take credit for arranging the Abraham Accords which brought peace between Israel and the two Arab Gulf States the United Arab Emirates and Bahrain.

Or maybe his book will tell us all about how Ivanka used her position to leverage better deals for her personal businesses with foreign governments like China and Russia. Or how she was involved in funneling money for her father’s 2017 inauguration events into Donald Trump businesses. For example, they overpaid for services at the Trump D.C. Hotel.