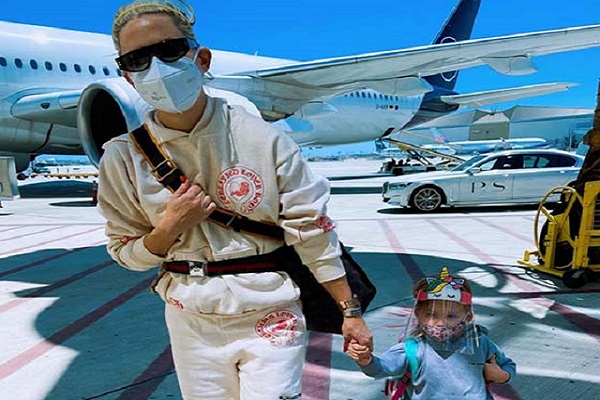 Hudson posted hat she feels is good news on Instagram. She giddily tells her 13.4 million followers how she is about to engage in coitus with her boyfriend as workout activity.
–

“Hey guys, got some really interesting news that I’m very excited about right now,” she said in an Instagram video. “If anybody needs me, I’m going to be in the bedroom for a good, I’m gonna say… hour 20. If he can handle it.”

“According to WW’s new Fit App addition, me having sex for an hour-twenty will equal … s*$t, I’m terrible at math.” Hudson then mouths doing the math to get it right and concludes that it will be, “six fit points. See you in two hours.” She then moves to end the recording on her hone with a bit of a smirk.

But what do the experts really say about this? “[The number of calories you burn] depends a little bit on your weight,” Dr. Teju Adegoke, M.D., MPH, assistant professor of obstetrics and gynecology at Boston Medical Center, and founder of WISH (Wellness in Sexual Health), told Woman’s Day. “It depends a little bit on your current cardiovascular endurance, and it probably depends on the exact activity that you’re engaging in.”

Apparently, the position of one’s body during sex affects the number of calories burned. And the pre-sex activities – foreplay – may actually burn the most calories. “If you’re on top, you’ll get your heart rate up higher than in positions like missionary because you’re the one controlling thrusting and movement,” Gigi Engle, SKYN Condoms sex and intimacy expert, told Woman’s Day.

But some of Kate Hudson’s fans were not so impressed with pics that the star posted of herself with her little three year old daughter at an airport. Hudson was trying to express her relief at finally being able to travel again now that Covid restrictions are being relaxed. But there were people who only saw a poor little girl being led around by her mother while forced to wear a full face covering.

“Why? Just Why?” posted one critic. “Poor girl,” posted another. And yet another said, “Let the baby breathe!!!”

Most normal people, however, are probably just tired of seeing narcissistic celebs cluelessly showing off their vacation photos to a world still reeling from the Covid disaster. And even in normal times 90 percent of us never get to travel anyway.

In this article:Finance, Kate Hudson