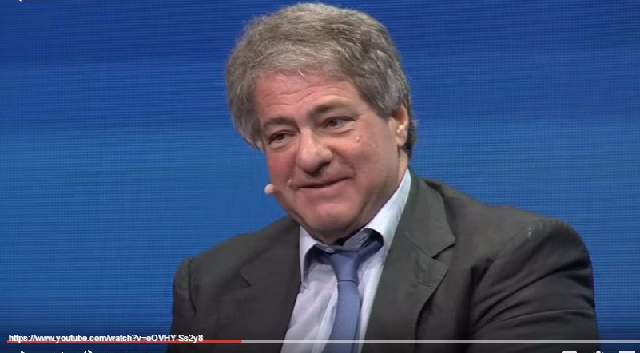 Leon Black, the former head of Apollo Global Management, is in trouble again. First he was forced out of his own company. Now Leon Black is the subject of a new lawsuit accusing him of defamation. One Güzel Ganieva accuses Black of coercing her into silence after committing acts of sexual violence against her as well as defamation. The suit was filed in New York City on Monday.

The 69 year old Wall Street power player He was supposed to stay on with Apollo Global Management until the end of this year. But Leon Black was forced to abruptly resign in March, after announcing his retirement in January of this year. But even his “retirement” was not entirely voluntary. Black was pushed into it after a plethora of revelations were made about his relationship with the late rapist and pedophile Jeffrey Epstein.

A spokesman for Leon Black responded to the news with a statement on his behalf. “Mr. Black emphatically denies each and every spurious allegation put forth in this lawsuit and looks forward to disproving them in court,” he said. The statement went on to call this a “frivolous lawsuit” which is “riddled with lies, and is nothing more than a wholesale fiction.” Mr. Black maintains that his relationship with Guzel Ganieva was purely consensual.

Ms. Ganieva made the accusation of defamation based on Leon Blacks comments about her allegations. Black adamantly denied her accusations both on social media and in a formal statement. Black went so far to accuse her of extortion once saying, “The truth is that I have been extorted by Ms Ganieva for many years.”

“I made substantial monetary payments to her, based on her threats to go public concerning our relationship, in an attempt to spare my family from public embarrassment,” added Leon Black in April.

To this Guzel Ganieva asserted in her lawsuit that there was never any effort on Black’s part to keep their relationship a secret and that accusing her of extortion constitutes defamation of character. “In the midst of all these very public outings, Black never once worried about sparing his family from public embarrassment,” states the lawsuit says. “Nor did he care about being seen out with other young women, often of Russian descent, in addition to Ms. Ganieva.”

In this article:Leon Black, Finance