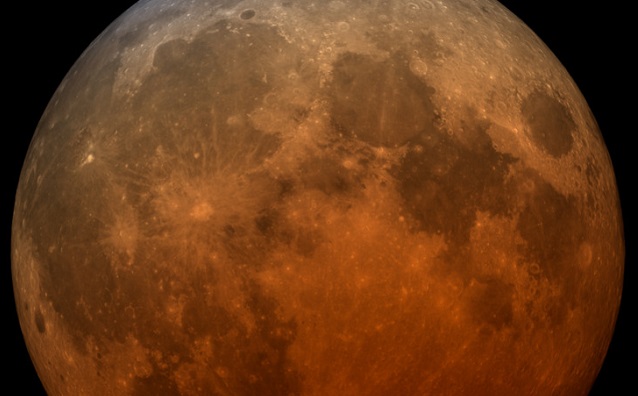 A telescopic visualization of the 2021 total lunar eclipse. (NASA)

Super Blood Moon is here. Do you enjoy it when there is something unusual to look up at in the night sky? Are you even just a little bit interested in astronomy? Do you find full moons to be romantic? Well if any of this rings just a little bit true for you then get ready for a great treat Wednesday night.

Also known as Super Flower Blood Moon, this will be a total lunar eclipse visible the night of May 26. Blood moon is what they call lunar eclipses. It’s called a “flower” moon because that is what they call the full moon of May. It will be visible from parts of North America, Australia, the Pacific and Asia. There won’t be another one like it until next May.
–

This is really going to blow away last month’s Pink Super Moon.

NASA reports that the Super Blood Moon will be located on Earth’s opposite side from the Sun and will be fully illuminated May 26, 2021, at 6:13 a.m. CDT. This Full Moon was known by early Native American tribes as the Flower Moon because this was the time of year when spring flowers appeared in abundance.

Compared to other Full Moons in 2021, the Flower Moon will have the nearest approach to Earth, making it appear as the closet and largest Full Moon of the year. This is what is commonly referred to as a “supermoon”. Yet, it’s not just bringing brightness and size. May’s super moon is also bringing a “super power” to change its color, and the color is red!

The Griffith Observatory in Los Angeles will be offering a live stream of the event for those people who cannot see it where they live. The broadcast of the total lunar eclipse will be offered that morning from 1:45 a.m. – 6:00 a.m., PDT. Griffith Observatory is NOT having an onsite public viewing event. Griffith Park will NOT be open during the broadcast. https://www.youtube.com/watch?v=OyrCenUaUB0 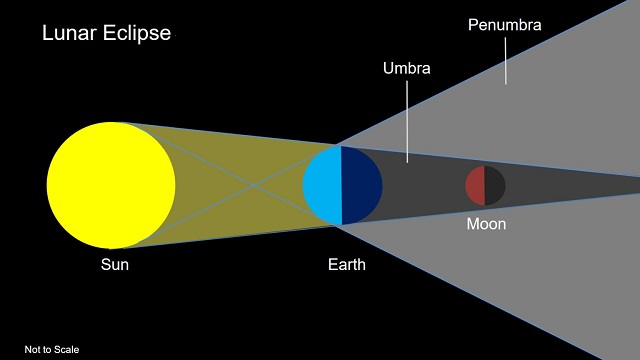 Griffith explains that a total lunar eclipse occurs when the Moon passes completely into the shadow cast by the Earth. The round disk of the full Moon slowly moves into the dark shadow, and the bright Moon grows dim. The Moon does not, however, become completely dark. Instead, it usually glows with a faint copper or red color, a result of sunlight being filtered and bent through the Earth’s atmosphere (much like a sunset). The lunar eclipse is visible throughout southern California and can be seen easily with the unaided eye, though telescopes or binoculars may enhance the view.