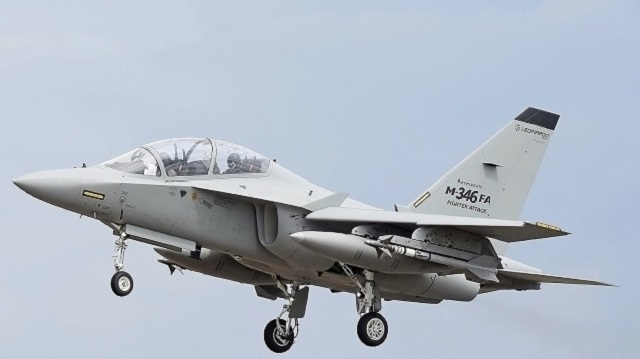 Israeli defense contractor Elbit Systems Ltd. has officially been awarded a contract valued at approximately $1.65 billion (approximately €1.375 billion) for the establishment and operation of the International Flight Training Center of the Hellenic Air Force – The Greek Air force. This marks the official consummation of an agreement made back in January between the Israeli Ministry of Defense and the Hellenic Ministry of National Defense which included the Elbit deal.

The Elbit Systems contract will be performed over a period of approximately 20 years and will include price indexation.

Under the contract, Elbit Systems will supply new M-346 training aircraft and will maintain the entire training fleet, comprised of dozens of M-346 and T-6 training aircraft for a period of approximately 20 years. In addition, the Company will provide its latest advanced Embedded Virtual Avionics (EVA) onboard the training aircraft, deliver networked flight simulators and an array of Ground-Based Training Stations (GBTS) as well as a command and control systems to enable efficient management of the flight training operation.

The Aermacchi M-346 Master is a family of military twin-engine transonic advanced jet trainers and light combat aircraft produced by Italian manufacturer Leonardo SPA, formerly Alenia Aermacchi. It first flew in 2004. The plane is currently operated by the air forces of Italy, Israel, Singapore, and Poland.

Leonardo boasts that the Aermacchi M-346 is the most advanced jet trainer and that it has been designed for a wide range of training capabilities, long-term reliability and cost-effective operations. Central element of a technologically advanced Integrated Training System, the M-346 is the most modern solution to train new generation pilots.

Bezhalel (Butzi) Machlis, President and CEO of Elbit Systems, said: “We are honored to have been awarded this contract to provide such an important capability to the Hellenic Air Force. This contract award attests to the leading position we hold in the area of pilot’s training solutions, providing tested know-how and proven technologies that improve operational readiness while reducing costs.”