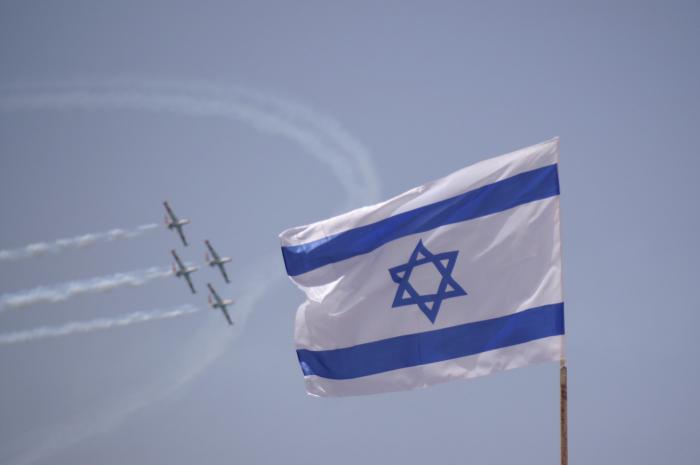 Israel celebrates its independence this weekend. This year Israel Independence day, the fifth of Iyar on the Hebrew calendar, fell out on a Friday. So as not to interfere with Shabbat observance the holiday is officially observed one day early. So Israelis get to have a three day weekend and take a break from Coronavirus confinements as their country moves towards finally opening up.

Today marks Israel’s 73rd birthday. It is known as the Jewish State. But in recent years it has also been known as the startup state or Startup Nation. The country has had multi-billion dollar exits for numerous software and security companies. But Startup Nations is also known for its medtech startups. Israel has always been a center for medical research and innovation. Now put that together with its startup culture and you have medtech nation.

Here is the JBN list of the ten most important Israeli medtech startups – in no particular order — since the last Israeli Independence Day.

Israel’s Lumen Offers A Hand-Held Device To Measure Your Metabolism
Israeli MedTech startup Lumen has a new device that people can use to check their own metabolism. Lumen announced in January that it partnered with Anytime Fitness UK to provide its gym members with the new tech.

Does dieting work? Does exercise work or does it make you so hungry all the time that you end up eating a lot more than the calories that you burn? Does counting calories work, or is it about quality and not quantity? And can the same rule be applied to everyone or does each individual have a different metabolism?

Based in Tel Aviv and founded in 2014 by CEO Daniel Tal Mor and CTO Avi Smila, Lumen has developed the world’s first hand-held, portable device to accurately measure metabolism. The company explains that this kind of tech was once only available to athletes, or in hospitals and clinics. But now it has found a way to offer metabolic testing to everyone.

Lumen is a device and app that measures your metabolism in a single breath and provides daily personalized nutrition based on your metabolic data. Through the device and app, Lumen states that users can achieve their fitness goals whether they be weight loss, performance optimization, or simply improving metabolic health.

Israeli Pain Monitoring Startup Medasense
Imagine being unable to communicate at the time when doctors most need to know what is going on inside of your head. Israeli med-tech startup Medasense raised $18 million in a Series B round of funding recently. Sabadell Asabys venture capital firm (Asabys Partners, Spain), Israeli family offices, Baxter Ventures, Olive Tree Ventures and LGL Capital were all part of the investment.

Medasense technology is the developer of an exclusive technology that objectively monitors and quantifies the patient’s pain response level using artificial intelligence algorithms and a proprietary noninvasive sensor platform. This new technology, which is currently used in operating rooms and critical care settings, where patients are under anesthesia and unable to communicate, enables clinicians to personalize treatment: control pain, avoid overdose, and eliminate doubt. The company has also been active in the implementation of its technology on COVID-19 ventilated patients.
–

Israeli Startup CorNeat Has Brought Eyesight To The Blind – Literally
Its KPro Implant replaces the cornea. CorNeat Vision, an Israeli startup that develops biomimetic implant technology, has successfully restored the vision of a 78-year-old man who had been blind for 10 years. The procedure was performed at the Rabin Medical Center in Israel. The surgery was performed on a bilaterally blind patient by Professor Irit Bahar, Director of the hospital’s Ophthalmology Department.

The Who have a famous song from their classic rock opera Tommy called “Eyesight to the Blind.” The song is about a woman so powerful that, as the lyric goes, “Every time she starts to lovin’ She brings eyesight to the blind.”

And the Bible is filled with references to God healing the blind. Psalm 146:8 reads, “The Lord gives sight to the blind, the Lord lifts up those who are bowed down, the Lord loves the righteous.” Isaiah 29:18 says, “In that day the deaf will hear the words of the scroll, and out of gloom and darkness the eyes of the blind will see.”

Israel’s OCON Healthcare Develops Futuristic Contraceptive Devices
OCON Healthcare, an Israeli FemTech startup, manufactures and commercializes innovative 3D intrauterine devices (IUD) based on its patented IUB (Intra-Uterine Ball) platform. The company has appointed a woman to lead it, Dr. Anula Jayasuriya. It has also just completed a major round of funding in the U.S.

Contraception is central to women’s issues. An IUD is a device that gets implanted into a woman’s body. And it can be removed if the user wishes to conceive. This gives women a higher level of freedom and control over their own bodies.

Israel’s Medisafe Keeps People From Forgetting To Take Their Meds
Medisafe is an Israeli digital therapeutics startup. Medisafe develops digital drug companions. It was founded in 2012 by brothers Omri and Rotem Shor. After a miscommunication about his medication schedule, their father, a diabetic, accidentally took an extra dose of insulin. It was a mistake which put his life in grave danger. The brothers soon discovered that his experience was far from uncommon. Omri and Rotem realized that such mistakes in medication management have created a global health crisis in need of a solution. They decided to build that solution.

Startup Nation has a number of companies which are developing new cancer treatments. Israel’s OncoHost is developing a new ways to test the blood of cancer patients in order to determine which treatments will be the most effective. Novellus is an Israeli clinical-stage biotechnology company focused on precision oncology (treatment for cancer).

But Ibex Analytics offers a new way to diagnose cancer. Early diagnosis is vital for there to be successful treatment of any kind of cancer. Even with all of the breakthroughs in cancer treatments over the years there will always be a tipping point after which a treatment either won’t work, or the cancer has spread and possibly done irreparable damage to vital organs.

Israel’s Novellus Offers Cancer Treatments
Novellus, an Israeli clinical-stage biotechnology company focused on precision oncology (treatment for cancer) raised $57 million in a Series C financing round last September. The company treats cancer with the BRAF protein, which is something in the body that is used by certain cancers to grow. Melanomas spread in some way by mutating this protein so a BRAF inhibitor can stop the spread of cancer. We think that’s what this means but if any doctors out there reading this understand the concept better then please let us know.

Israel’s ForSight Robotics Develops Vision Saving Surgery
Israeli startup ForSight Robotics is developing a surgical robotic platform to deliver what it describes as high precision and cost-effective vision-saving surgery. The company, which was founded by a number of experts with a wealth of experience in the high tech field, raised $10 million last month in a seed round led by Eclipse Ventures and joined by Mithril Capital.

The one year old company declares that its mission is to transform the practice of ophthalmic surgery through a next generation robotic platform combining “state of the art robotic microsurgical technology, advanced visualization technologies, and next generation cognitive computing methods.”

Unicorns are startups with a $1billion plus valuation. Israel is flush with unicorns lately. One such medtech firm is K Health.

Israel’s K Health Starts 2021 With $1.4 Billion Valuation
It did so with $132 million in new investments. K Health, an Israeli startup which develops a mobile app that uses AI to deliver personalized primary care, now has a $1.4 billion valuation. Startup Nation starts 2021 with yet another billion dollar valuation. K Health reached this milestone after raising $132 million in a Series E round of funding.

It even brought in an investment from American rapper Jay-Z, AKA Mr. Beyoncé. His Marcy Venture Partners took part in a $42 million round of investment last November. K Health offers its users health information based on the health experiences of people similar to theirs. The company describes this as a dynamic cluster of people that it calls People Like Me, or PLM. K Health also provides primary care and mental health services so that people can begin treatment for conditions right from their own home.

This is especially helpful for people who do not have insurance or the time to go to the doctor. The service also helps families get quick answers without first waiting a long time in an emergency room before seeing a doctor or waiting for an appointment with their family doctor.

Israel’s Binah.ai offers general health and wellness video-based monitoring tools powered by artificial intelligence (AI). It now has Binah Team which it says enables any organization to offer a health and wellness monitoring application to its employees, including mental health which is so important right now with all of the stress due to the Coronavirus.

Israeli startup OutSense takes Startup Nation down the toilet, so to speak. OutSense, a new Israeli company, has developed a device which can be attached to any toilet bowl. This device can then be used to test a person’s fecal matter for certain types of diseases. In other words, it’s an at home excrement medical test.

Israel’s keepMED has a new device for the treatment of Obstructive Sleep Apnea. No one welcomes this news more than snorers except, of course than the people who live with them. We all hate snoring. Snorers keep us up at night. They annoy us when they sleep on airplanes, even when they sit three rows away. And snorers suffer from health problems related to sleep apnea. They not only fail to get a decent not sleep because they partially wake up throughout the night, but the disruption to their breathing can cause heart problems.

In this article:startup nation, Finance, MedTech