Israel is not known as Startup Nation for nothing. And now Startup Nation may be known as Unicorn nation. A unicorn is a startup, which is still a privately held company that has already reached a billion dollar plus valuation. Israel has had nine startups hit unicorn status so far this year, with two hitting the mark on the same day this week.

If this trend keeps up they may need to come up with a new term for a billion dollar startup. They are called unicorns because such companies are rare and the animal is a mythical being. Now unicorns are not so rare anymore, at least not in Israel.

Trax and Redis Labs are two Israeli startups which broke the $2 billion mark this week. Maybe a unicorn should now be a startup with more than a $5 billion valuation.

Founded in 2010 by chairman Joel Bar-El and President Dror Feldheim, Trax is leader in computer vision solutions for retail. Trax offers what it calls best-in-class in-store execution tools, market measurement services and data science solutions that are “fundamentally transforming how in-store retail data is being collected, viewed and analyzed.”

Israeli ecommerce firm Yotpo is worth $1.4 billion after completing a $230 million Series F financing round led by Bessemer Venture Partners and Tiger Global. Yotpo increased in value by about 50% in just six months. Just last August the Yotpo raised $75 million in a Series E financing round which then gave it a valuation under $1 billion.

Israeli cybersecurity startup Orca Security has a $1, 2 billion valuation. The company reached this milestone when it completed a $210 million Series C round of funding led by CapitalG, Alphabet’s independent growth fund, and Redpoint Ventures, which left it with a $1.2 billion valuation.

Axonius, an Israeli cybersecurity startup, is now worth more than $1 billion. The company became a unicorn when it added another $100 million in new investment. Axionus was founded in 2017 by co-founders Dean Sysman, Ofri Shur, and Avidor Bartov, veterans of an elite intelligence unit of the Israeli Defense Force. Axonius is a cybersecurity asset management platform which gives organizations a comprehensive asset inventory, uncovers security solution coverage gaps, and automatically validates and enforces security policies. 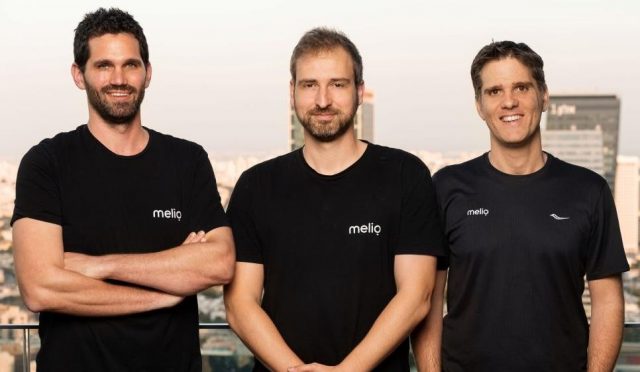 The Israeli fintech company Melio became a unicorn when it raised $110 million in Round B rocketing to a $1.3 billion valuation within a year and a half since they launched in May 2019. The company has grown by 2,000% in one year. Melio provides a single, integrated tool that allows small businesses to transfer and receive payments in a faster, easier way; giving oversight and control over cash flow, reducing or eliminating late payment costs, and giving businesses back valuable time.

The startup Wiz, which offers cloud computing services, is another Israeli unicorn. Wiz states that it delivers the first cloud visibility solution for enterprise security, offering a “360° view of security risks across clouds, containers and workloads. No agents. No sidecars.” Wiz was founded just one year ago by Assaf Rapaport, former manager of R&D at Microsoft Israel which built the security stack in Azure, Ami Luttwak Yinon Costica, and Roy Reznik. Rapaport and his team in Israel founded Adollam, which was sold to Microsoft in 2015 for $320 million.

Israeli startup Papaya Global which offers a cloud based platform for companies to handle their payrolls, also has a billion dollar plus valuation. The company achieved the coveted unicorn status with the close of a $100 million Series C funding round, led by GreenOaks Capital Partners. Papaya Global boasts a 300% revenue growth year-over-year for each of the last 3 years. The company says that its reaching unicorn level reflects strong demand for Papaya’s offering in global workforce management. Papaya provides what it calls a radically simple solution for managing and paying all types of global workers in full compliance.

Aqua Security became a unicorn in March. Founded in 2015 by Amir Jerbi and Dror Davidoff, Aqua Security boasts that it is the largest “pure-play” cloud native security company, providing customers the freedom to innovate and run their businesses with minimal friction. Its Aqua Cloud Native Security Platform provides prevention, detection, and response automation across the entire application lifecycle to secure the build, secure cloud infrastructure and secure running workloads wherever they are deployed.

In this article:startup nation, Unicorn