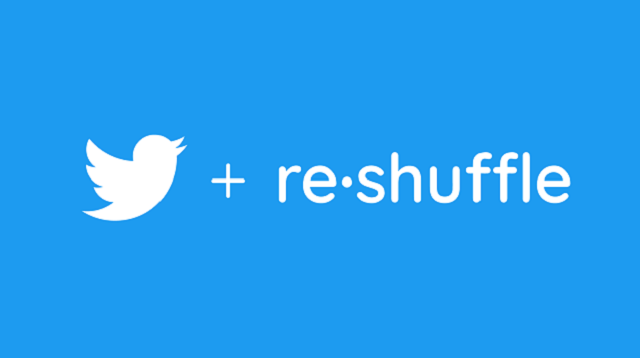 Twitter has bought out Reshuffle, an Israeli startup which offers an Application Programming Interface (API) solution. API is software which serves as an intermediary in that it enables two different applications to talk to each other. The sale price for Reshuffle has not yet been disclosed.

Reshuffle is a lightweight and open source integration framework. With Reshuffle, you can build integrations, workflows, and connect systems.

Founded in 2016 by CEO Avner Braverman and CPO Amir Shevat, Reshuffle declares that it “reimagines how we share and reuse code. Instead of sharing static source code, Reshuffle developers share live working apps. With a click of a button you can preview and interact with any app, so you can immediately tell whether this is the code you’re looking for and pull it into your app.”

Reshuffle boasts that major Hollywood studios are using its services to automate their marketing and customer engagement workflows and connect their homegrown applications with partner APIs and SaaS services like Salesforce and Shopify. Studios and post-production houses are also using Reshuffle to customize their video processing workflows. Reshuffle makes it easy to orchestrate different cloud services and integrate them into existing post-production workflows.

The company declared in a blog post that it is, “excited to announce that Reshuffle is joining Twitter! We will continue our mission to empower developers all over the world to build useful integrations and applications, using the Twitter developer platform.”

Reshuffle described Twitter as a “great partner” ever since the company began and that Twitter shares its “passion and excitement of driving value to developers through a set of useful APIs and a simple and intuitive developer experience.”

In a blog post Bruce Falck and Sonya Penn explained Twitter’s reasoning behind the acquisition. Twitter states that it supports millions of developers through its API, but “it’s the developer community that brings incredible value and innovation to our platform.”
“As we’re building our new and improved Twitter API,” they added, “we’re committed to making the developer experience even better — creating faster and easier ways for developers to get started and grow with us.”

So the acquisition of Reshuffle is an effort by Twitter to accelerate this plan. Reshuffle built an integration platform which Twitter explains allows developers to easily build workflows and connect systems using any API.