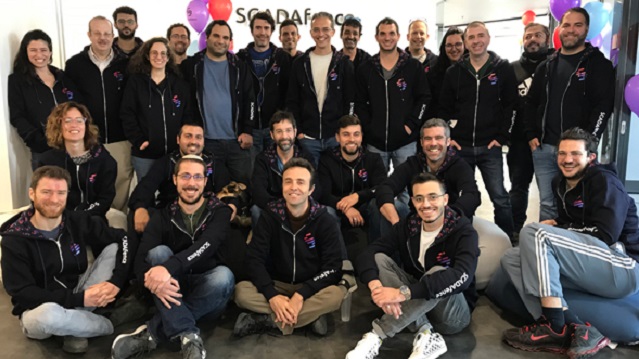 SCADAfence is an Israeli startup in the field of cybersecurity for Operational Technology (OT) and Internet of Things (IoT) environments. The company just raised $12 million in funding led by existing investor JVP.

The new funding will help SCADAfence further accelerate its expanding global customer base across a diverse set of industries – including manufacturing, water treatment, critical infrastructure, oil & gas, pharmaceuticals, chemicals, and building management systems (BMS). Some of the company’s existing customers include Honda, Murata, Vestel, Mitsui Fudosan, Taro Pharmaceuticals, and numerous other Fortune 500 companies in the US.

If you ever watched a show like 24, then you know that a terrorist attack done by way of hacking into a public utility’s systems is one of the scariest threats to public safety. Imagine someone getting control over a power plant, or many power plants, and shutting down a whole region’s power supply. Now imagine it happening to an entire country or continent.

Now think about your local water supply. Imagine someone disrupting the flow of drinking water or contaminating the supply. Or imagine someone doing any of these things for money made through extortion. This is where SCADAfence comes in.

There were dozens of waterline ruptures in the City of Bloomington due to a faulty #SCADA system, or was it an attack?

“I’m proud to be a part of this latest development in SCADAfence’s growth”, said Shai Schiller , JVP General Partner , “the company is a strong and significant player in the field of critical infrastructure protection and in securing industries such as automotive and other manufacturing enterprises. Attacks on Operation Technology (OT) networks endanger countries and civilians alike, as they pose the soft underbelly for all critical infrastructure in the fields of energy, water supply, transportation and all aspects of our daily operations and basic necessities.”

“The company plans to significantly expand its US operations following the entry of Rapid7 as a strategic investor and partner. Rapid7’s partnership exposes SCADAfence to a substantial salesforce, dozens of channels and thousands of strategic customers. Aside from the go to market expansion, the company is also expanding its product portfolio offering to cater for the ever-changing threat landscape and in essence offering the broadest set of security products in its competitive landscape.”

“This investment comes at a very opportune time for our industry as the demand for OT & IoT security is at an all-time high. SCADAfence is an organization in hyper-growth mode,” said Elad Ben-Meir , CEO of SCADAfence . “SCADAfence has experienced exponential growth in 2020, despite the pandemic. We managed to triple our revenues and the number of our customers. We also won 11 industry awards – more than any other company in the industrial cybersecurity space – including recognition from Gartner as a Cool Vendor and recognition by ISG as an industry leader. Moreover, Rapid7, a global cyber security leader has identified SCADAfence as the best-of-breed OT & IoT security solution and we believe our strategic partnership will create an industry-leading value proposition.”