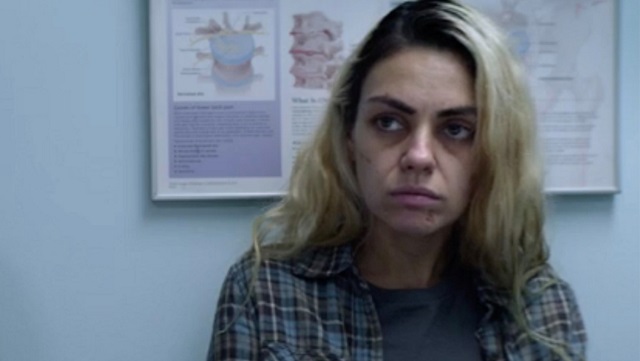 Is that really Mila Kunis? That’s what you will be asking yourself when you see the new trailer for her upcoming movie Four Good Days.”

Just look at the pictures. Look at how Kunis looks in the trailer.

Directed and produced by Rodrigo García, from a screenplay by García and Eli Saslow, “Four Good Days” is based on a true story. It tells the story of how an estranged mother played by multiple Oscar nominee Glenn Close deals with how her daughter (Kunis) as she recovers from substance abuse. The movie is based on Saslow’s 2016 Washington Post article “How’s Amanda? A Story of Truth, Lies and an American Addiction.” The article told the real life story of a woman named Amanda Wendler and her experience with opiate addiction.

So Mila Kunis plays a woman plagued by drug abuse? So what else is new, you might be asking right now. Plenty of actors have taken on such roles. Kunis is certainly not the first one to try and prove that she should be taken seriously for her acting chops by playing a role against type. Until now she has always used her beauty playing the romantic lead in movies like “Ted,” “Forgetting Sarah Marshall” and “Friends with Benefits.” So far her only really serious role was a supporting part in the Oscar winning movie “Black Swan.”
–

Mila Kunis is certainly not the first actress to try and get noticed for her acting abilities by “going ugly” in a movie. Charlize Theron won an Oscar for playing a serial killer in the 2003 movie “Monster.” In that film Theron covered up her natural beauty with a mountain of makeup to appear like a broken down victimized woman. Nicole Kidman won her Oscar for playing the author Virginia Woolf in “The Hours.” For that role Kidman also played down her good looks and wore a prosthetic nose. 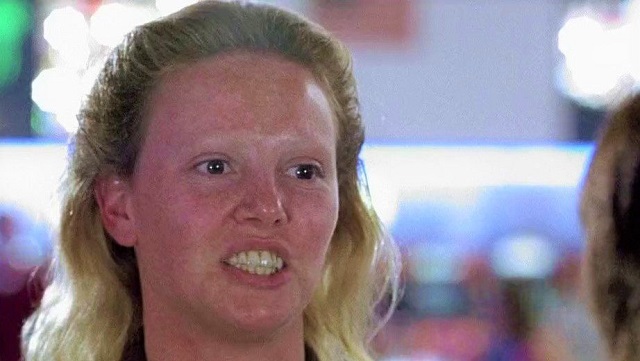 Next up for Mila Kunis will be the Netflix film “Luckiest Girl Alive.” Based on the Jessica Knoll novel it tells the story of a woman in New York, who seems to have things under control, but is faced with a trauma that makes her life unravel.

Jessica Knoll praised Mila Kunis on Instagram writing, “I am SO proud of the fact that Mila Kunis read the 63rd draft of my script and was like yeah, I get this girl, and so grateful for her shrewd third act notes that helped me take the 64th draft into another stratosphere. And I am SO grateful to team Luckiest Girl Alive who never gave up on this project and fought so hard to get us to this point.”

In this article:Finance, Mila Kunis