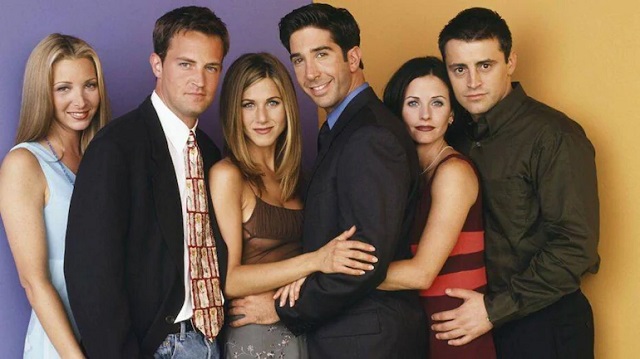 Friends star David Schwimmer has some great news for fans of the hit 90’s sitcom. He told SiriusXM host Andy Cohen in an interview that the show’s reunion special is set to start filming. While Friends aired on NBC, the reunion show will be available for live streaming on HBO Max.

Please join me on March 4th at 8pm EST for a virtual event to support a return to live performance. pic.twitter.com/B9E0fzd35C

Last summer Jennifer Aniston, who played Schwimmer’s love interest on the show, Rachel, lamented the delays in an interview. “Unfortunately it’s very sad that we had to move it again,” she told Deadline in August. “It was, ‘How do we do this with live audiences?’ This is not a safe time. Period. That’s the bottom line. It’s not a safe time to do it.”

“It’s going to be super,” added Aniston. “I choose to see it as the glass is half-full that it got postponed. Look, we’re not going anywhere. You’re never going to get rid of Friends, sorry. You’re stuck with us for life, guys.”

But now it’s on again.

“Oh, it’s happening. Actually, in a little over a month, I’m heading out to LA,” said Schwimmer. “So, finally, I mean, we figured out a way to film it safely, and there’s going to be a portion of it that we film outside because of, you know, for safety protocols.”

David Schwimmer, unfortunately, does not know who will host the reunion show. There was speculation that it would be Ellen DeGeneres, but then the popular daytime talk show host got embroiled in a scandal over allegations that she is actually a diva at work.
–

Andy Cohen wanted to know who the host would be asking Schiwmmer, “Can you say who is [hosting]?”

“I don’t know if I can, actually,” Schwimmer answered “I should have found that out. I apologize. I can tell you it’s not Ellen, it’s not Billy Crystal.” And then David Schwimmer asked the host, “Andy, is it you?”