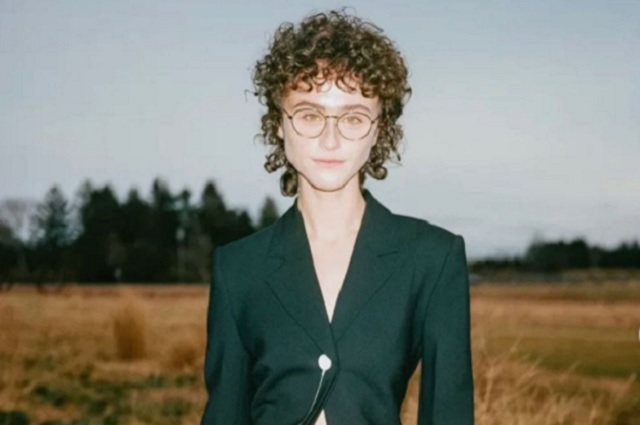 Ella Emhoff’s fashion career is really taking off. She is now teaming with Batsheva Hay for a new knitwear collection. As Jared Kushner and Ivanka Trump can tell you, it pays to be related to the first or even second family.

Vice President Kamal Harris’ step-daughter first caught the world’s attention in January at Joe Biden’s inauguration. She wore a Miu Miu Coat while sitting in the cold outside during her step-mother’s inauguration. Then that night she and her step-cousin Meena Harris wore similar evening gowns.

Emhoff made her runway debut last month for American label Proenza Schouler at the New York Fashion Week. This led to her selling the first of her own designs. At the show Emhoff showcased five knitted items, including two sweater vests, a purse, a long sleeveless dress and a pair of shorts.

Now Ella Emhoff has revealed to Good Morning Vogue that she has signed a deal with Batsheva Hay.

Emhoff herself said that she was not expecting such instant success. She was probably being disingenuous. In the era of social media she had to know exactly what she was doing at the Biden inauguration. There is little doubt that a great deal of thought was placed behind every single piece of clothing that she wore that day.

“It’s so weird because I’ve followed her for a really long time, and then I was thinking about what to wear for the inauguration,” the 21-year-old said of designer Batsheva Hay. “So many of her designs are so cohesive to my personal wants and needs,” she added.

In this article:Finance, Joe Biden