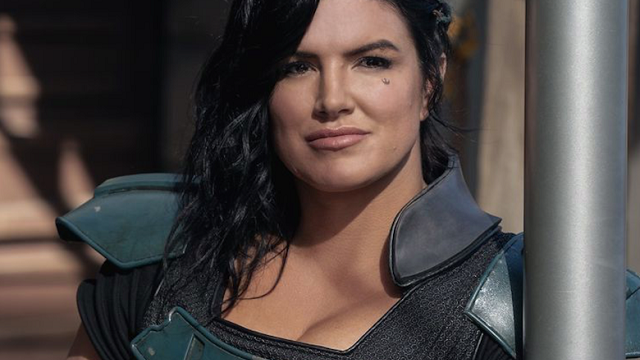 Gina Carano on the Mandalorian

Gina Carano will no longer appear on The Mandalorian, the hit Disney+ show which is a spin off from the Star Wars movies. She had been the center of controversy for several months over offensive comments the actress made on social media. Lucasfilm dropped the actress after her most recent comments compared Jews who died in the Holocaust to people criticized for their political beliefs.

Carano played the recurring character Cara Dune, appearing in fewer than half of all of the episodes of The Mandalorian which have aired over its two seasons. Carasynthia Dune was a member of the rebellion against the Empire depicted in the original Star Wars trilogy. She later became a mercenary and joined The Mandalorian in some of his adventures.

“Gina Carano is not currently employed by Lucasfilm and there are no plans for her to be in the future,” a Lucasfilm said in a statement. “Nevertheless, her social media posts denigrating people based on their cultural and religious identities are abhorrent and unacceptable.”
–

So what was it that Gina Carano said that was the last straw for Disney?

She posted the following comments on Instagram – she has since deleted the post – defending people who have been ostracized for their politics:
“Jews were beaten in the streets, not by Nazi soldiers but by their neighbors…even by children. Because history is edited, most people today don’t realize that to get to the point where Nazi soldiers could easily round up thousands of Jews, the government first made their own neighbors hate them simply for being Jews. How is that any different from hating someone for their political views?”

So if you are ostracized for having abhorrent politics, if you are condemned for being a racist or even a nazi yourself, you are just as much a victim of hatred as the Jews who suffered through the Holocaust.

Free speech advocates will, of course, defend Carano and say that she is being victimized in exactly the same way as she was trying to denounce.

But we will let you be the judge here.

In this article:Finance, Star Wars