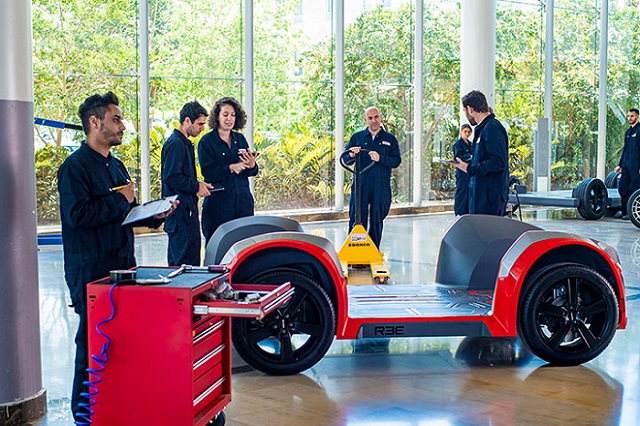 This is a big letdown for America which last topped the list back in 2013. Last year it placed ninth. It fell two places this year to come in at number 11 on the list. Bloomberg accounts this drop, in part, to a decrease in immigration to the U.S. Both President Trump’s more stringent immigration policies as well as the Covid-19 pandemic’s causing border closures are cited as reasons why the U.S. did not bring in as many new professionals in 2020.

Israel came in at number seven on the list, dropping one place from number six last year. Not surprisingly, however, Startup Nation rated number one in research and development intensity. It also ranked first in researcher concentration, fifth in high tech density and eighth in patent activity.

The major drawback for Israel came in Manufacturing where it ranked 30th and productivity, 18th. Obviously, while Israel has the brain power, it lacks the infrastructure and other resources to also produce new products.

The world’s new number one country when it comes to innovation is South Korea. South Korea replaced Germany in the top spot this year. Germany fell to number four. China came in at number 16.

Bloomberg credits South Korea’s rise to an increase in its patent activity, where it ranks at the top, as well as a strong performance in R&D and manufacturing.

“R&D is essential to have a future,” Lee Kyung-mook, a professor of business management at Seoul National University, told Bloomberg. “It’s sandwiched between more developed nations, which still outperform them in technology, and China that is catching up fast relying on lower labor costs.”