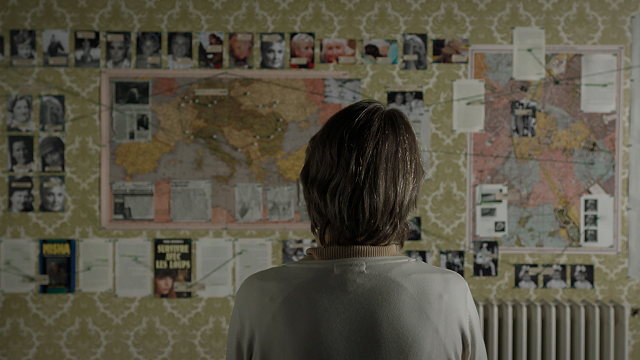 “Misha and the Wolves” is a new documentary which had its premiere at the Sundance Film Festival on Sunday. But this new documentary has a twist: it tells the story of writer Misha Defonseca who fabricated her personal story survival during the Holocaust.

Misha Defonseca was born in Belgium in 1937 and would have been eight years old when World War II ended. Her book “Misha: A Mémoire of the Holocaust Years” was first published in 1997. In it she told the story about how the Germans executed her parents for aiding resistance fighters. She also told the tale of how, as a child, she was left on her own, fled into a forest, and had to find some way to survive.

Misha and the Wolves is the dramatic tale of a woman whose holocaust memoir took the world by storm, but a fallout with her publisher – who turned detective – revealed an audacious deception created to hide a darker truth.

In her fantastic story Defonseca claimed to have not only killed a German soldier, been saved by a pack of wolves in the forest, but also to have been in the Warsaw Ghetto. It was later proven that she had actually been a student in a school in Belgium during these ears and so Defonseca later recanted her story in 2008.

But by then her book had been a worldwide best seller translated into 14 different languages. In 2014 Defonseca was ordered by a court to make restitution to her publishers in the amount of $22 million. 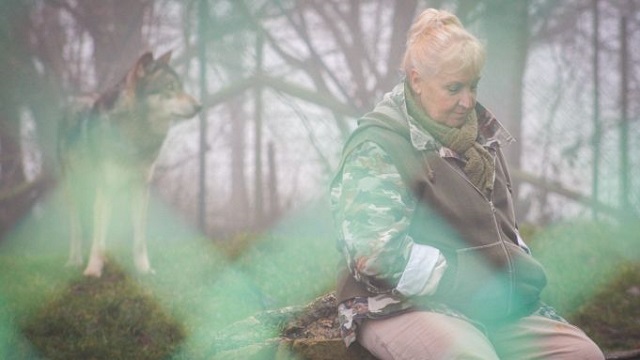 Directed by Sam Hobkinson, “Misha and the Wolves” tells the whole sordid tale. It opens telling her fabricated story as if it were true. Then it moves on to how it all came apart.

Hobkinson explained to the press how he came to make the film. “I went back and researched the story, and couldn’t believe it was true,” he said in a post-screening Q&A. “It started with me finding what I thought would be a great story about storytelling. I wasn’t in the market to make a Holocaust documentary, but I realized that we ended up making a kind of Holocaust documentary, albeit quite a different one.”
–

But the subject material raised concerned about aiding Holocaust deniers. They could be depended on to use Misha Defonseca’s story as somehow proof that all the personal testimonials made by survivors were fabricated as well.

On that note Hobkinson said, “People were worried because they didn’t want to be involved in something that would fan the flames of Holocaust denial.

“Of course, that was foremost in our minds from the outset. We’ve always felt this is difficult territory, but you shouldn’t shy away from it. You’ve got to tackle the difficult subjects head-on. And I hope that we wrestle the story back from the Holocaust denial camp.”