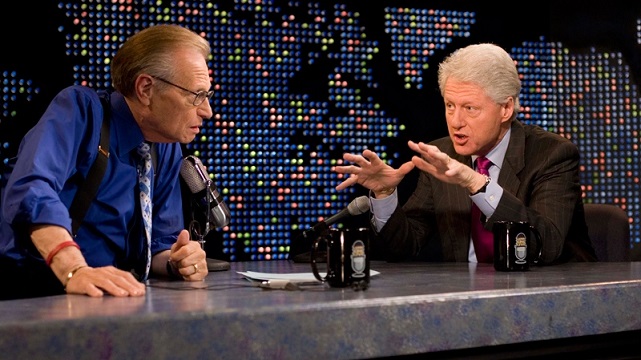 News legend Larry King has died at the age of 87. No official cause of death has yet to be revealed; although, King was admitted to Cedars-Sinai Medical Center in Los Angeles last month due to complications from the Coronavirus and that is where he passed away.

Born Lawrence Harvey Zeiger in Brooklyn, New York, the legend went by his on-air name Larry King for the last 60 plus years of his life. But he never tried to hide his Jewish heritage, nor could he have done so.

King could interview anybody and everybody. His guests from Presidents to royalty, Oscar winners to business icons, always new that they would get a fair shake from Larry King. This was part of his appeal. If you wanted confrontation and hostility you could watch Jerry Springer or Judge Judy. If you just wanted to see someone talk about themselves in a serious but respectful way then you tuned into Larry King on CNN.

“With profound sadness, Ora Media announces the death of our co-founder, host and friend Larry King, who passed away this morning at age 87 at Cedars-Sinai Medical Center in Los Angeles,” the statement said. “For 63 years and across the platforms of radio, television and digital media, Larry’s many thousands of interviews, awards, and global acclaim stand as a testament to his unique and lasting talent as a broadcaster.”

Larry King retired in 2010 after hosting his own show “Larry King Live” on CNN for over 25 years. In that time he recorded more than 6,000 broadcasts. He was not only the central and arguably most popular figure at the network over that period of time, King certainly made a mark on several generations of Americans. Cable news became more and more the place for political feuding on its prime time television talk shows since the middle of the 1990s. But Larry King retained his neutrality and objectivity throughout.

King was always popular and a central figure in American pop culture during his tenure at CNN. Larry King could always be relied on to be a great guest himself too. He made numerous enjoyable and lighthearted appearances on all of the late night talk shows from David Letterman’s Late Show, to Conan Obrien’s show and, of course, the Tonight Show. 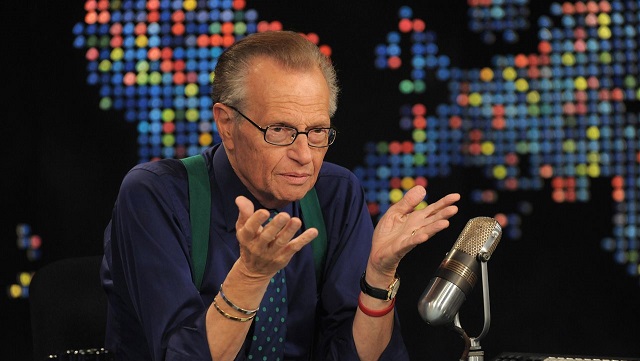 Larry King on his CNN show

But in the end he was not popular enough with the one person – actually thing – that matters most in television – the ratings. Things had changed too much and people watching in prime time no longer wanted the in depth, good natured, one on one interview format. They voted with their remote controls, choosing the new kind of confrontational politically charged programs which are all marked by a highly dogmatic host who never shies away from shouting at people himself. Larry King, to his credit, would never have changed into something like that.

“I just wanted to be an announcer. I wanted to be anything. I wanted to talk into a microphone,” he told Columbia Journalism Review in July 2017. “I don’t know why, I must have had a good voice pre-puberty. Because people kept telling me, ‘You gotta be on the radio.’ So I would imitate radio shows. I would listen to The Shadow, and then I would go into my bathroom — we were very poor in Brooklyn — and I would go, ‘Who knows what evil lurks in the hearts of men? The Shadow knows. A tale well calculated to keep you in…suspense!’ I was driven by the sounds. Still am.”

We mourn the passing of our colleague Larry King,” CNN President Jeff Zucker said in a statement. “The scrappy young man from Brooklyn had a history-making career spanning radio and television. His curiosity about the world propelled his award-winning career in broadcasting, but it was his generosity of spirit that drew the world to him. We are so proud of the 25 years he spent with CNN, where his newsmaker interviews truly put the network on the international stage. From our CNN family to Larry’s, we send our thoughts and prayers, and a promise to carry on his curiosity for the world in our work.”

Jewish Business News (and especially this author) join CNN and everyone else in sharing our condolences. We are all truly saddened that Larry King will no longer be around. We sincerely hope that his kind of television journalism will soon come back into style. As we say in Hebrew “Alav Hashalom.” May he be at peace.

In this article:CNN, Finance, Larry King