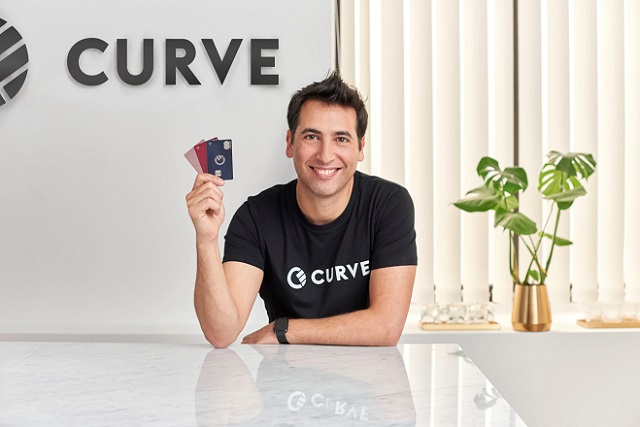 Curve is a British fintech startup founded by Israelis that combines multiple cards and accounts into one smart card and app. The company, whose services are now available in the United Kingdom, is planning on expanding its operations into the United States as well as parts of the European Union. To that end it has just raised $95 million in a series C round of investment.

Founded in 2015 by Israel Shachar Bialick and CEO Nick Katz, Curve declares that it is on a mission to simplify the way people spend, send, see and save money. Curve offers a service which connects a person’s debit and credit cards into one. Users can choose from three different cards offering different levels of service. The cost ranges from free of charge to about $18 per month.

Users can scan and upload their current credit card details automatically or enter them manually.

During a global pandemic. Whew!

Huge S/O out to the team, the investors, and YOU for supporting us through our toughest year yet ????

The company says that it believes that “the end-game will be a connected world of money, tailored individually for each customer. We’re building this end game – an Operating System for Money.”

To date Curve has raised $175 million. The company opened a U.S. office in Brooklyn last year and has reached 2 million subscribers. It has seen success in spite of the Coronavirus crisis.

“Despite the challenges Covid created for many businesses, we’ve seen great growth and are delivering on many of our targets,” Curve CEO and founder Shachar Bialick told CNBC in an interview.

As for the company’s plans to expand into the U.S., Bialick feels that the country is ripe for the plucking since Americans have as many as eight different credit cards. “If you look at the number of banks in the U.S., you’ll find thousands of banks from small countryside city banks, to major banks like Bank of America and Chase,” he said. “The fragmentation in the market is remarkable.”