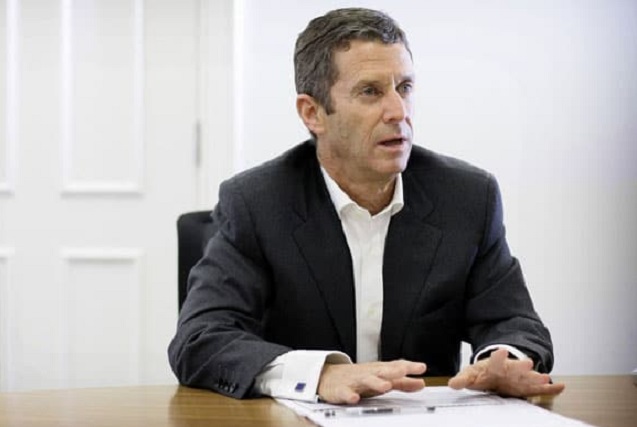 He is said to have paid Guinea’s late president’s wife Mamadie Toure $8.5 million to help him acquire the concession rights over iron ore worth billions of dollars. Toure has basically cut a deal to avoid being prosecuted herself and will testify against Steinmetz at the trial.

The trial is being held in Switzerland because both Swiss and Israeli authorities accused Mr. Steinmetz of engaging in illegal money laundering activities which used Swiss banks to convey the alleged bribe money. This is why, even if he could not be extradited to Switzerland, Steinmetz had no choice but to show up for his trial – his own country Israel is also involved with this case.

And even the U.S. Justice Department has investigated Beny Steinmetz over his activities.

In an interview with the New Yorker, Steinmetz said, “We are the victims. We have done only good things for Guinea, and what we’re getting is spit in the face.”

The trial today saw Mr. Steinmetz lawyer Marc Bonnant attack the Swiss prosecutor in the case. He complained that the state has withheld key information that his client needs for a fair trial. The information in question revolves around who the prosecutor, Marc Bonnant, met with when he was in Israel and who paid for his trip.

“It’s not acceptable that we don’t know who paid [for the trip],” said Bonnant.

“It’s a big deal as one of the very few big corruption cases that have gone all the way to court in Switzerland and one of the first times a criminal court will rule on Steinmetz as an individual,” David Muehlemann, a policy analyst at Swiss corporate governance watchdog Public Eye, told Bloomberg.

The Guinea affair is just one in a long list of corruption charges made against Beny Steinmetz. He has been sued a number of times. And last year Steinmetz was convicted in Romania on charges of bribery in that country.

In this article:Beny Steinmetz, Finance