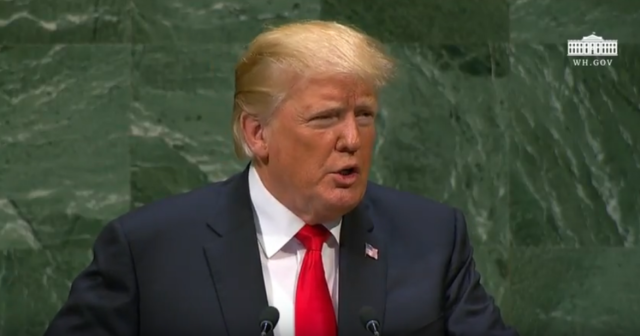 The Iranian government wants to see President Donald Trump and 47 other American officials arrested and prosecuted for the assassination of top general Qassem Soleimani one year ago in Iraq. Soleimani led Iran’s Revolutionary Guard’s elite Quds Force and was the head of the Islamic Republic’s foreign operations.

Iran has issued what is known as a “Red Notice.” According to Interpol, a Red Notice is a request to law enforcement worldwide to locate and provisionally arrest a person pending extradition, surrender, or similar legal action. A Red Notice is an international wanted persons notice, but it is not an arrest warrant.

Even so, most observers are saying that they do not expect Interpol to agree to the request. And it is not likely that many countries friendly to the U.S. would ever agree to any kind of extradition of Donald trump. Once out of office he will still be granted diplomatic immunity when traveling broad and is not likely to visit Iran any time soon.

General Qassem Soleimani and Iraqi militia commander Abu Mahdi al-Muhandis were killed by an American drone strike on Jan. 3, 2020. Al-Muhandis was the Iraqi-Iranian military commander of the Popular Mobilization Forces (PMF), a Shiite militia which engaged in attacks on Americans in Iraq with Iranian backing. It was General Soleimani’s work with PNF which led the U.S. to kill him.

“The request to issue ‘Red Notice’ for 48 people involved in the assassination of Martyr Soleimani, including the US President, as well as commanders and officials at the Pentagon and forces in the region, were handed over to Interpol,” Iranian Judiciary Spokesman Gholam Hossein Esmaeili told the press.

“The Islamic Republic of Iran is very seriously following up on pursuing and punishing those who ordered and executed this crime,” he added.

The Iranian government also held demonstrations over the weekend to mark the first anniversary of the assassination. France 24 reported on how a mock funeral procession was held in Tehran for General Qassem Soleimani.

All of this is happening just as Iran reveled its intention to enrich uranium up to 20 percent at its underground Fordo nuclear facility “as soon as possible.”

Tensions have been mounting in the entire region for months now with some expecting that President Trump intends to make some sort of aggressive move against Iran in his last few weeks in office. Yesterday the U.S. reversed a decision to remove its aircraft carrier the U.S.S. Nimitz from the Persian Gulf and announced that it will remain in the area for now.

And the other day Mohammad Javad Zarif, Iran’s Foreign Minister, accused Israel of planning some sort of attack against the U.S. For which it will blame Iran. Zarif said this in a Tweet addressed to outgoing American President Donald Trump. Such an attack, he charged, would be carried out before Joe Biden is inaugurated the forty sixth President of the United States on January 20th because it is feared in Iran that Mr. Trump is planning to attack that country in some way before he leaves office.

There are now 15 days left in the Donald Trump Presidency. American news outlets report on Mr. Trump’s continued efforts to overturn his election defeat and portray it as a “stolen” election. They also voice concerns about the possibility of his refusing to leave office on January 20. But as this is going on in America, the world is concerned over the possibility of a real military conflict erupting in the next two weeks.

In this article:Iran, Donald Trump, Finance