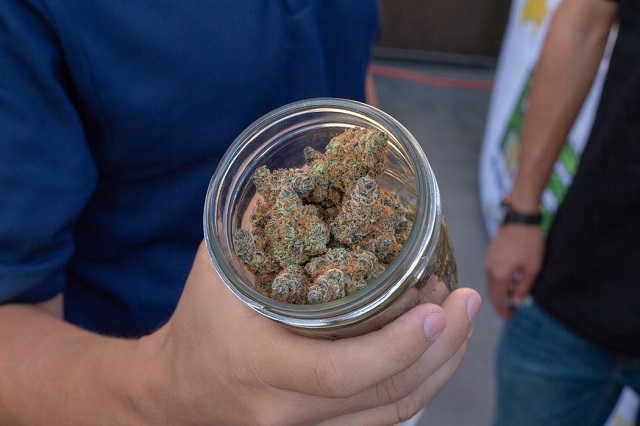 The Tel Aviv Stock Exchange (TASE: TASE) has launched a new index that will comprise shares of companies from the Cannabis Subsector. The new exchange will include nine medical marijuana companies with a combined market cap of NIS $1.7 billion ($530 million).

How things have changed so quickly. Fifteen U.S. states have legalized marijuana entirely and thirty-five have made it legal at least for medical use. All but two states have decriminalized its possession. And almost fifty nations around the world have legalized medical marijuana with several, including Canada, making it entirely legal.

Even Israel has allowed medical cannabis and decriminalized possession in small amounts. And many Israeli firms are at the forefront of medical marijuana research.

So now everyone wants to get in on the game, getting a head start wherever they are in the world with the expectation that the full legalization of marijuana is an inedibility.

The Israeli medical cannabis industry has been growing. The New TASE Cannabis Subsector includes companies that are primarily engaged in the fields of research, cultivation, sale or production and marketing of medical cannabis products. And Israeli academia is conducting research into new ways to use cannabis medically.

Technology developed at the Technion Institute in Haifa has enabled the Israeli cannabis-based pharmaceutical company Nextage to develop a way to transfer cannabis molecules directly into the brain. The molecules penetrate the brain through the blood-brain barrier, which stops the entry of many substances.

The majority of shares in the Cannabis Subsector are included in the TA-Growth Index and only one is included in the TA-SME60 Index. As the market cap of the 9 cannabis companies included in the Tamar Equity Indices Universe is relatively low, at present the index does not qualify as a base asset for ETFs and tracking financial products. Nevertheless, as it is useful, among others, in indicating trend changes in the market cap of its companies and as a benchmark for active mutual funds that offer exposure to this emerging and growing sector, TASE has decided to launch the index.

The TA-Cannabis Index will include the shares of companies that TASE has classified to the Cannabis Subsector, with a weight cap of 15% for shares included in the index.