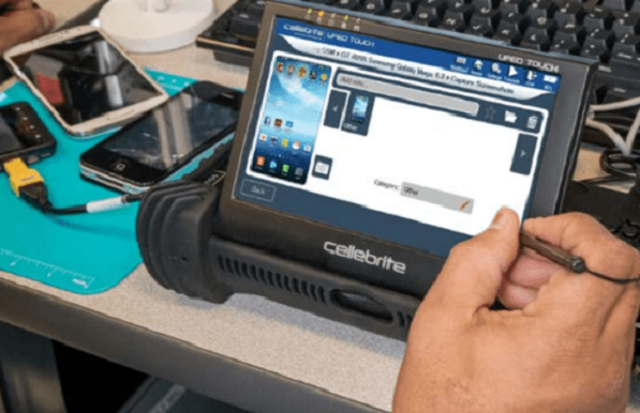 Israeli firm Cellebrite develops tech that allows law enforcement agencies, among others, to decrypt or hack into smart phones. The FBI uses this technology to fight terrorism. But now it has another type of client: American schools.

Cellebrite says that it enables investigators to capture insights in today’s complex, digital world. The company boasts that its digital intelligence platform provides a “complete and objective picture of evidence, empowering agencies and investigators to solve and close cases faster than ever.”

Gizmodo reports that schools in the U.S. have been using the Cellebrite tech to investigate both students and teachers. It seems like every day we here yet another story about a high school teacher somewhere in America who had an affair with one of their under age students. In one such case the student in question thought he had nothing to fear by turning his phone over to school authorities. He was wrong.

The school was able to retrieve deleted texts which revealed the intimate relationship which the student in question was having with a teacher.

This happened in Shelbyville Texas. The tech used belonged to local law enforcement. But Gizmodo showed cases where the schools themselves paid Cellibrite for its services. The North East Independent School District, a largely Hispanic district north of San Antonio, paid $6,695 to Cellebrite for what it listed as “General Supplies.”

Civil liberties activists of course decry this sort of thing. And the students certainly fear having “Big Brother” watching over them. But Cellibrite’s programs only work if you have direct access to the telephone in question. And laws protect people from having their information hacked in this way, at least not without a court order.

However, many feel that the very existence of this sort of technology is a threat to personal liberties. Even if it is used by law enforcement agencies like the FBI to fight terrorism and possibly save live by preventing attacks, it can still be used to spy on innocent people.

In September a group of Israelis filed a petition demanding that Cellebrite’s Mobile Synchronization products be banned for export to Hong Kong due to the political changes turmoil there. That petition asserted that Israeli surveillance technology is now being used to violate human rights in China.

It should be remembered, however, that these arguments can and have been made about all forms of new technology. From surveillance cameras and log range miniature microphones which can hear people speaking from far away, the age of “Big Brother” has already been here for some time.