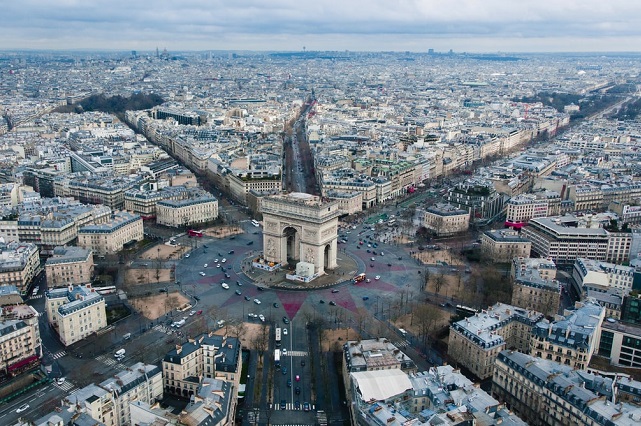 The City of Paris was fined 90,000 Euros ($110,000) for having too many women in senior government positions. No this is not a joke nor an attempt at political satire so lift your lower jaw back into place and keep on reading. The fine was imposed by the government of France because Paris did not obey national regulations which require a balance between the genders when hiring for government jobs.

According to the French newspaper Le Monde, in 2018 11 women and five men became senior officials. So 69% of the government appointments went to women. This violates a regulation which requires that at least 40% of government positions should go to people of each gender.

Yes we realize that the irony here is biting. This regulation was obviously implemented to ensure that more women would get senior government jobs. Now it is being used to ensure that men do not get shut out from such positions.

The French Ministry of the Public Service stated that, “This very high figure strongly contributes to the feminization of senior management and managerial jobs,” in Paris. “However, it results in a non-compliance with the legal objective of 40% of appointments of people of each sex in these jobs.”

Antoine Guillou, assistant to Paris Mayor Anne Hidalgo who is in charge of human resources stated in response that, “It is paradoxical to reproach us for appointments which make it possible to make up for the delay we had.”

And the Mayor Hidalgo, a socialist, told the Paris City Council, “Yes, we must promote women with determination and vigor, because the delay everywhere in France is still very great. So yes, to promote and one day achieve parity, we must speed up the tempo and ensure that in the nominations there are more women than men.”

“In Paris, we are doing everything to make it a success, and I am very, very proud of a large team of women and men who carry together this fight for equality,” Hidalgo added.

This whole thing sounds like something out of a George Orwell novel. American political pundits are probably laughing at the Europeans right now saying something like, “only in France.”

In this article:France, Paris, Finance