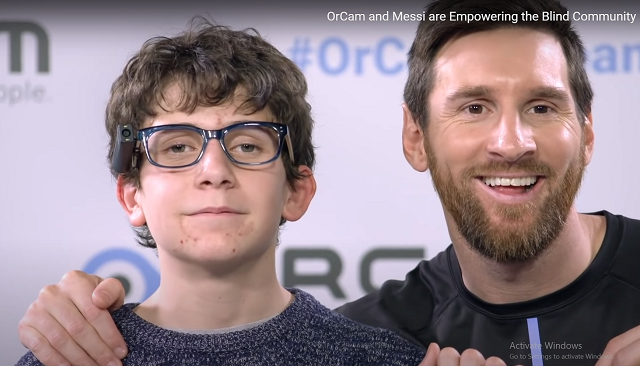 OrCam Technologies Ltd may just be worth more than $3 billion. This is according to insiders who told Calcalist that OrCam is planning an IPO in 2021.

OrCam says its mission is to improve the lives of individuals who are blind, visually impaired, and have reading difficulties.

What a world we now live in. From helping the paralyzed walk again to all manner of voice-activated systems, Israeli firms are at the forefront of developing new ways to help the disabled. In Star Trek the Next Generation, a blind character could see with the help of a special visor connected to his nervous system. Soon that too could be a reality.

The company anticipates raising $300 million from its IPO to give it the $3 billion valuation. So yet another Startup Nation company is looking at a billion dollar plus valuation with its IPO. In October cybersecurity firm SentinelOne reached the $3 billion mark with new investment of $200 million. Also that month Israel’s fintech startup Tipalti brought in $150 million in a Series E round which gave the company a valuation of more than $2 billion.
–

Founded in 2010 by founders of Mobileye Prof. Amnon Shashua and Mr. Ziv Aviram,  OrCam produces new technology for the blind and other people with visual deficiencies. Its MyEye is wearable technology for people who are blind or visually impaired. It is a voice-activated device that provides increased independence by communicating visual information, audibly. With OrCam MyEye, you can read text, recognize faces, and identify products.

Its OrCam Read is a handheld AI Reader made for people with the full spectrum of reading difficulties, including dyslexia. It lets the user read full pages of text at the push of a button.

Most recently, OrCam signed on Argentinian Soccer Star Lionel Messi as a spokesman.
–

In this article:Mobileye, Finance, OrCam, SentinelOne