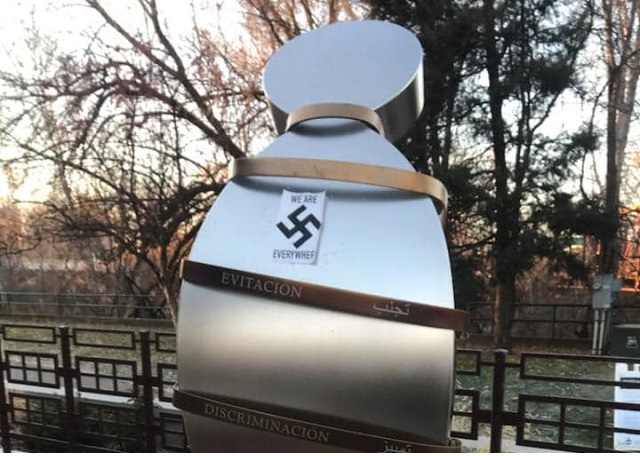 Antisemitism is prevalent in America today with recent attacks in both Arizona and Idaho. The Anne Frank Memorial in Boise, Idaho was defaced with Swastikas and Nazis in Arizona admitted to the attempted intimidation of both Jewish and Black journalists there.

A 16 month federal prison sentence was handed down to 21 year old Arizona neo-Nazi Johnny Roman Garza on Wednesday for plotting plot to terrorize black and Jewish journalists. Roman had admitted to conspiring with others to find and intimidate Arizona journalists who were investigating ant Semitism in the state.

Roman also admitted to having put a threatening poster on the home of an editor at an Arizona jewish publication. The poster read, “Your actions have consequences. Our patience has its limits. You have been visited by your local Nazis.”

A page with a swastika on it and the words “We are everywhere” was placed on the statue.

In a Facebook post with pictures of the vandalism the memorial’s organization stated, “The Idaho Anne Frank Human Rights Memorial was built as a physical statement of our shared values. One of those values includes standing up to confront hate.”

“It’s sad that this is becoming a statement of who and what our community is,” said Dan Prinzig, director of the Wassmuth Center for Human Rights, which maintains the memorial in Boise, Idaho. “What makes this event actually so sad was the blatancy where they were placed, how they were placed and the message they were proclaiming.”

“I think what we’re seeing, we have to take seriously — such acts aren’t just random,” Prinzing said. “In the sticker, they are proclaiming that they are everywhere. We have to remind people that good people are everywhere that good exists, and now is the time for good to come together.”

This is not the first time that this memorial has been vandalized. In 2017 a carving in stone of the U.N. Declaration of Human Rights was defaced with spray paint for four consecutive days. 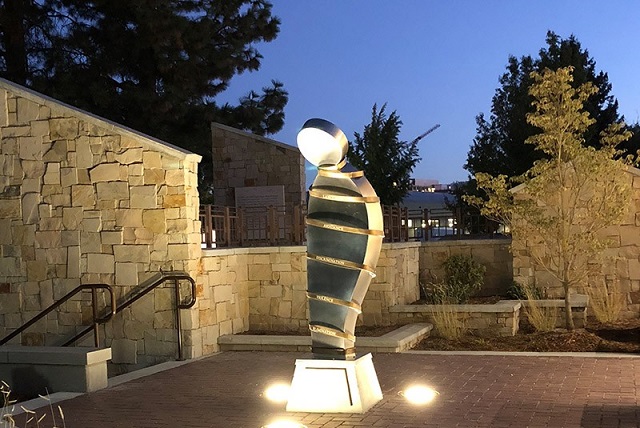 The Idaho Anne Frank Human Rights Memorial has been officially accepted and recognized as a “Site of Conscience.”