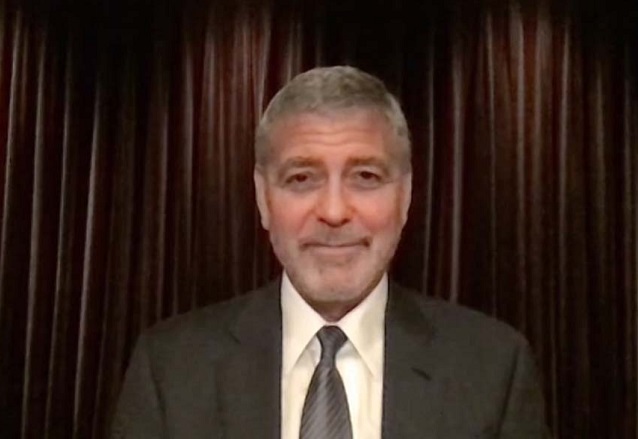 Oscar winner George Clooney was honored by his former ER co-star Julianna Margulies and other celebrities the annual film benefit held by New York’s Museum of Modern Art (MoMA). Clooney and Margulies, of course, both skyrocketed to stardom when they played the power couple Dr. Doug Ross and Nurse Carol Hathaway on the hit medical drama ER in the 1990s.

While the two characters ended up married on the show, fans were disappointed everywhere that the two actors never got together. No matter, George Clooney has two Oscars and Julianna Margulies has three Emmy awards.

In praise of George Clooney, Margulies spoke about how he was the one who convinced her to stay on as a full time cast member on ER. That show first premiered as a TV movie, the end of which saw her character Nurse Carol Hathaway attempt suicide. After the movie was filmed it was not yet clear if she would live. 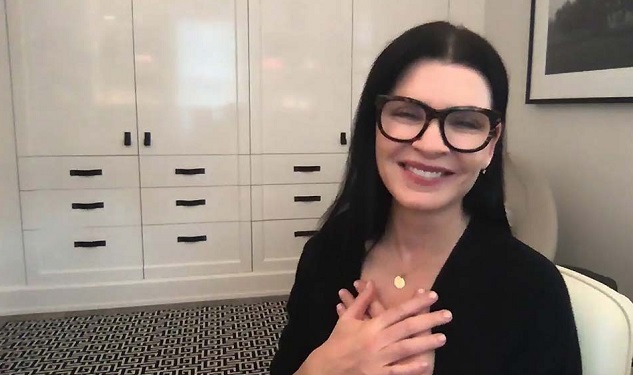 Talking about how George Clooney talked her out of taking a part in a different show, Margulies said, “I feel so grateful that you were the one who actually stopped me from taking [another] job, because you were the only one who actually cared enough to call and say, ‘By the way, don’t take the job. I think you tested well and we tested well together. If you just could hold off for a couple weeks, I think you’re going to get a series regular offer.”

A very grateful Margulies added, “forever in my life, I am indebted to you, my friend.”

Hollywood power agent Michael Ovitz also praised Clooney saying, “George Clooney is so gifted and so talented. He brought warmth and created an opposing dynamic to the style of the show that made it one of the most popular in history.”
–

George Clooney fans, celebrate with us! Clooney’s Open House celebrates 10 years on the internet!! Here’s to another 10 – and more!

“Isn’t it dumb we can’t all be in the same room tonight?” said Clooney himself referencing the Corona Virus shutdowns. “This has been an unprecedented year. We have faced an overwhelming threat that has affected people all over the globe. But what I want to say to all of you is, we’re gonna get through it.”

“This scourge has disrupted so many lives, terrified us, wrecked our economy and left us feeling like there’s no hope. Well, now we see there is. There’s a bright light at the end of this tunnel. We’ll soon say goodbye to the dark ages, goodbye to fear, goodbye to doubt and the anxiety. And once this is over, and Trump’s out of office, we should probably do something about COVID, too.”

In this article:Finance, George Clooney