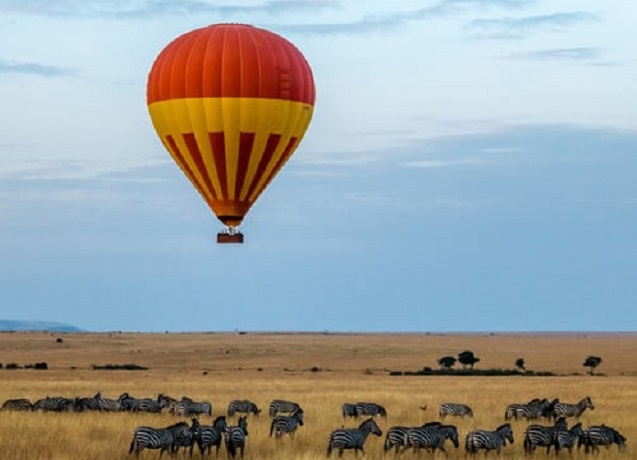 Will helium be for Russia what oil has been for the Arab Gulf States for decades? It just might, right at the moment that a new kind of cold war is brewing between Russia, Europe and the U.S.?

The New York Times certainly sees a possible for future international conflict involving helium supplies. The publication basically pointed out that helium, something which most people take for granted, is not just for party balloons anymore. While America may be self-sufficient in its helium production, most countries are not.

Russian gas company Gazprom is producing helium at its natural gas sites in Siberia. Helium is released as a byproduct when natural gas is collected. But since it is so much lighter than air most of the gas is simply lost into the atmosphere without being collected.

Helium is neither flammable, nor does it mix with other gases. It also has an absurdly low boiling point of minus 452 degrees Fahrenheit. All of this makes the gas valuable and easy to use for many purposes.

One such purpose is keeping things very cold in a safe way. This is especially important now with the worldwide distribution of Corona Virus vaccine which needs to be kept at extremely low temperatures.

Helium and natural gas producer Renergen has developed a new vaccine storage solution which utilizes helium. Renergen Cryo-Vacc allows vaccines to be stored in extremely cold temperatures for 30 days without needing any power to supply and electric cooling system. The storage contains liquid helium, which is able to be boiled and released consistently for a month. This provides the cold temperature.

But who will supply the helium?

In September Gasworld reported that Gazprom’s the GPP project expects to have a capacity to produce of up to 60 million cubic meters of helium per year.

“After the Amur GPP reaches its full capacity, Gazprom will become a major player in the international helium market,” Alexey Miller, Chairman of the Gazprom Management Committee told Gasworld.

“The company will increase its helium production volumes by 13 times, which makes about a third of the current global demand. Importantly, Gazprom will reach this result in close interaction with Russian industrial enterprises. Cooperation with KAMAZ is a vivid example of this.”

This has lead some experts to foresee future conflicts based on helium production.

Michael Dall, an economist specializing in industrial chemicals at the research firm IHS Markit, told The New York Times, “the dynamics could become more political, something similar to OPEC. The geopolitical risks of threats to supply, and potential supply outages, will rise. And the way demand is going, helium is going to be highly sought after.”

So will helium be the new oil? Will it give Russia another commodity to hold over Europe in addition to its natural gas reserves? Spy and thriller novelists are probably writing new books based around helium plots at this very moment.