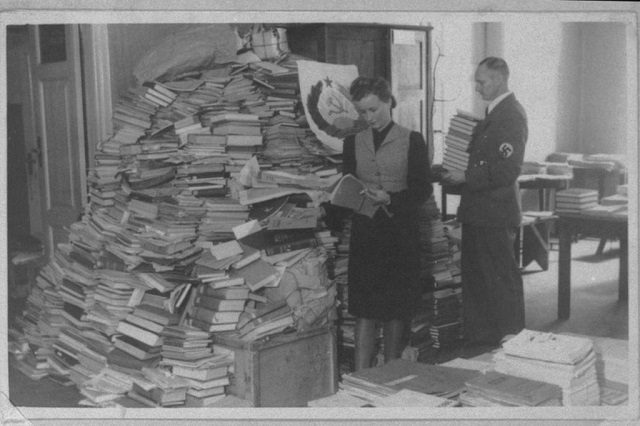 The Conference on Jewish Material Claims Against Germany (Claims Conference) and the World Jewish Restitution Organization (WJRO) have published “Documenting Nazi Library Plunder in Occupied Belgium and Limited Postwar Retrieval.” This is a trove of documents stolen from Jews during the Holocaust.

It’s hard to imagine that 75 years later Jews around the world still need to fight for the restitution of property and valuables stolen by Nazis and their collaborators during the Holocaust. The Lewenstein Family from Holland is still suing in court for the return of a Wassily Kandinsky painting called Bild mit Häusern or Painting with Houses which was stolen from Robert Lewenstein during the German occupation. The painting currently sits in in the Stedelijk Museum in Amsterdam; even though, authorities know that it was looted by Germans during World War II.

This new publication features data about Belgian library collections stolen by the Nazis during World War II. The library materials were taken from victims of the Holocaust more than 75 years ago by the Einsatzstab Reichsleiter Rosenberg (ERR)—the Nazi agency organized by Hitler’s ideological spokesman, Alfred Rosenberg.

During its operations, the ERR deliberately and methodically identified private libraries of individuals and institutions that contained important cultural and historical knowledge, and plundered materials that were curated over many careers and lifetimes. From August 1940 to February 1943, the ERR conducted 150 library seizure operations across Belgium that included an estimated 250,000 – 300,000 volumes of books.

You don’t even need to understand French to appreciate these collections. Just peruse through the online catalogue and see the wealth of documents and books collected.

Not all properties stolen during the Holocaust were valuable just because of their price tag, like jewelry, art and furnishings. Many personal items were looted as well. The Germans planned on housing such items in museums where they would showcase their achievement at murdering millions of Jews. 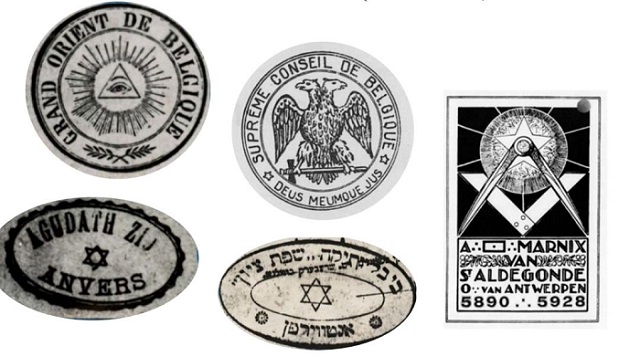 Stamps of the Libraries- WJRO

This new two-part publication includes digitalized original ERR wartime library seizure lists documenting the contents of looted collections, extensive charts naming all the victims, and combined data regarding the 150 ERR seizure operations. The historic publication is part of a series of interrelated original projects that offer information on the location of ERR records and presents results of extensive new research on specific Nazi-seized cultural items.

“This new online publication represents years of knowledge that many thought were lost forever during the Holocaust in Belgium,” said Gideon Taylor, Chair of Operations, WJRO and President of the Board of Directors of the Claims Conference. “This work that was researched and investigated by experts in the field, will be a powerful resource for Holocaust survivors and their families, the Belgian Jewish community, and researchers around the world.”

“Understanding where these books and cultural artifacts ended up not only offers a more accurate account of what happened, but also lays the beginning foundational work for individuals and organizations who seek to pursue possible claims in the future,” continued Taylor.

The publication focuses on the private libraries in Belgium filled with collections of cultural knowledge that were confiscated from Jews, Masons, political elite, liberal professors, labor and socialist sources, and more, often with considerable archived materials (and sometimes art) that were shipped to Germany between the fall of 1940 and the summer of 1944. Large portions of the combined library loot were shipped to the former Soviet Union, where they remain today. Other portions were dispersed throughout Eastern Europe. 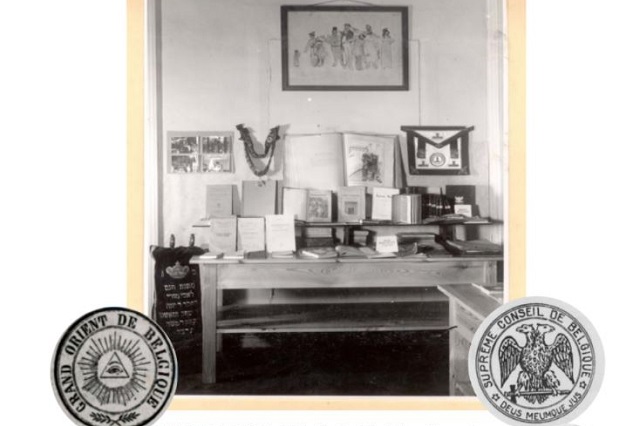 Stamps of the Libraries- WJRO

This publication is part of an ongoing series that documents looted cultural artifacts. An earlier publication focused on looted French libraries, and following this Belgium publication, an additional study underway focuses on Dutch libraries.

WJRO represents world Jewry in pursuing claims for the recovery of Jewish properties in Europe (outside of Germany and Austria). WJRO was established by leading world Jewish organizations to address the restitution of Jewish property and to remind the world that the time has come to redress the enormous material wrongs caused to European Jewry during the Holocaust.