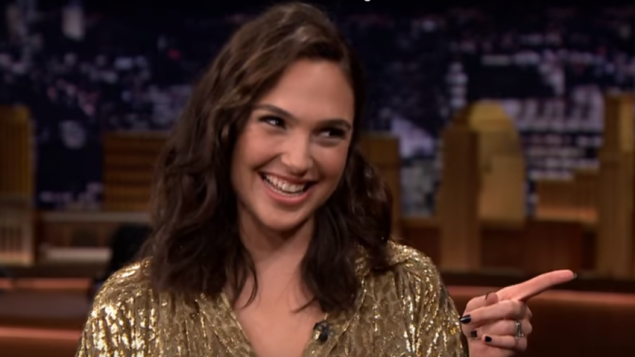 Israel’s own Gal Gadot is adding another heroine to her resume. The Wonder Woman star will also play a James Bond type super spy in the upcoming movie Heart of Stone. This as Wonder Woman 1984 is getting spectacular reviews.

It’s the final countdown! Happy to share the newest trailer for #WW84! This Christmas you will finally get to see our movie & the important message it brings.
These days,more than ever,we all share in the wonder ✨ #WonderWoman1984 will play in theaters & exclusively on @hbomax pic.twitter.com/sdyYDfBydd

According to Deadline, Heart of Stone, a spy-thriller franchise from Skydance Media, will showcase Gal Gadot as a female version of 007. The idea is to create a woman’s version of hit spy franchises like Tom Cruise’s Mission Impossible. Heart of Stone will be produced by Skydance Media’s David Ellison, Dana Goldberg and Don Granger, along with Gadot and her Pilot Wave producing partner Jaron Varsano, Bonnie Curtis and Julie Lynn. Skydance Media is keeping its options open as to whether the movie will be released in theaters or on line for live streaming.

On that note, Warner Bros. decided to release Gal Gadot’s new blockbuster Wonder Woman 1984 on its sister company’s HBO Max live streaming service on Christmas Day, December 25. The movie had originally been schedule for a summer 2020 release, but was delayed due to the Corona Virus. Wonder Woman 1984 will also be available for screening in a limited number of movie theaters.

https://editorial.rottentomatoes.com/article/wonder-woman-1984-first-reactions-the-perfect-beacon-of-hope-for-2020/
The movie’s attest trailer is wowing viewers. And the movie review website Rotten Tomatoes reports that its early reviews are positive calling the movie, “the perfect beacon of hope for 2020.”

And Gal Gadot has also been honored by MTV whose MTV Movie & TV Awards: Greatest of All Time awards special which aired Sunday called her the best “she-ro” in film history.
Due to the Corona Virus the actress accepted the award virtually saying, “thank you so much, MTV, for honoring me with the first-ever golden GOAT she-ro award. It’s been one of the greatest joys in my life to play this character.”
–

“She means so much to me and I know how much she’s loved by all of her fans,” added Gal Gadot, “so to be part of her legacy is truly, truly, truly special. I’m so excited for Wonder Woman fans to take this next journey with me in Wonder Woman 1984. I can hardly believe we finally get to experience it.”

Lest one make the mistake of thinking that action films are all that Gal Gadot has done on screen, the Israeli actress has several series dramas due out soon. She has a pivotal role in Kenneth Branagh’s new version of Agatha Christie’s Death on the Nile. Like Wonder Woman 1984 that movie’s release has also been delayed because of the Covid-19 pandemic. She will also play the title character in Irena Sendler, about the Polish nurse who served in the Polish underground fighting the German occupation during World War II.

And, of course, Gal Gadot caused a stir when it was announced recently that she will be playing Cleopatra in a new movie about the historic Egyptian queen.