The Gaia Space Probe, a project of the European Space Agency (ESA) has mapped the Milky Way Galaxy, well at least as much of it as possible. So if you want to know what the Milky Way looks like now you can.

The new evidence gives us an idea about our own solar system’s movement within the galaxy. Every star is in motion and their rates of movement vary depending on gravitational forces. So unlike planet Earth, the shape of our galaxy is not static.

We can sort of see the shapes of other galaxies which can be observed by telescopes. This is because we are looking at them from the outside. Now think about what it was like trying to envision what the globe should really look like before space exploration allowed for pictures of our world to be taken from space.

If you look at old maps the one thing which they all have in common is the exaggerated sizes and boundaries of countries and continents. Only modern technology allowed geographers and cartographers to create truly accurate maps and globes.

The same problem applies to mapping our own galaxy. Since we cannot see it from the outside, how can we know what it really looks like? Well, we can’t. But we can at least get an idea of how many stars it holds and where they all are located.

The astronomers from the Gaia Data Processing and Analysis Consortium (DPAC) at ESA saw the evidence of the Milky Way’s past by looking at stars in the direction of the galaxy’s anticenter – the exact opposite direction on the sky from the center of the galaxy.

The results on the anticenter come from one of the four ‘demonstration papers’ released alongside the Gaia data. The others use Gaia data to provide a huge extension to the census of nearby stars, derive the shape of the Solar System’s orbit around the center of the galaxy, and probe structures in two nearby galaxies to the Milky Way. The papers are designed to highlight the improvements and quality of the newly published data.

With 1.8 billion+ stars observed by @ESAGaia, that’s a lot of information to digest! ???? Here’s a recap of today’s #GaiaEDR3 story????https://t.co/FIhJXq5ytV pic.twitter.com/wWu9C2szbO

The new data also allows scientists to predict changes in the Milky Way galaxy’s future shape as new stars are born. And new data from these outer regions also strengthen the evidence for another major event in the more recent past of the galaxy. The near-collision between the Milky Way and the Sagittarius dwarf galaxy that took place in our galaxy’s more recent past is believed to have affected the movement of stars. 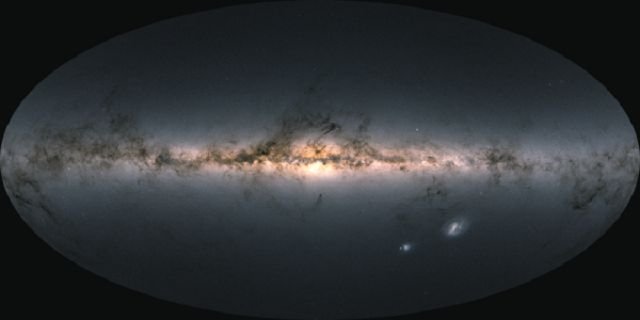 “The patterns of movement in the disc stars are different to what we used to believe,” says Teresa Antoja, University of Barcelona, Spain, who worked on this analysis with DPAC colleagues. Although the role of the Sagittarius dwarf galaxy is still debated in some quarters, Teresa says, “It could be a good candidate for all these disturbances, as some simulations from other authors show.”

The Gaia mission is conducting a survey of one thousand million stars in our Galaxy, monitoring each target star about 70 times over a five-year period and precisely charting their positions, distances, movements and changes in brightness. Gaia may also discover hundreds of thousands of new celestial objects, such as extra-solar planets and failed ‘brown dwarf’ stars.

Within our own solar system, Gaia should also identify tens of thousands of asteroids, and provide stringent new tests of Albert Einstein’s general relativity theory. 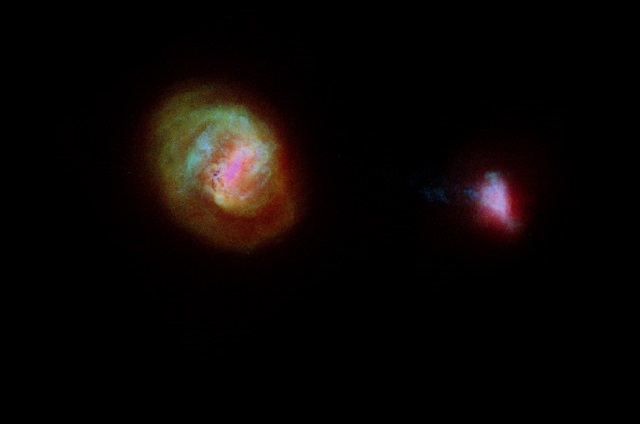 Gaia is orbiting the Sun-Earth system from the second Lagrange point L2, and the mission is designed to last for a nominal five-year period.