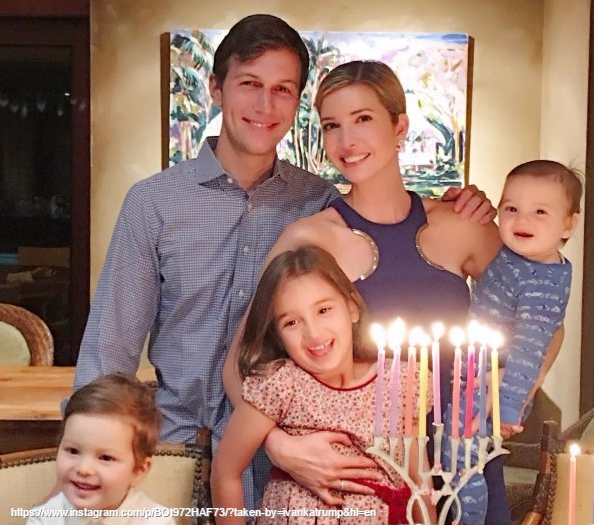 Ivanka Trump, Jared Kushner and others may be looking at Presidential pardons. According to a report in the New York Times, President Trump mulled giving the couple as well as his two sons in a conversation with Rudy Guliani.

Apparently Donald Trump is worried that, as President, Joe Biden will have the Justice Department investigate his three eldest children an his son-in-law for a myriad of charges related to the whole Russian elections interference investigations. Donald Trump Jr., and Jared Kushner have been, at one time or another, reportedly suspected of either breaking the law in their relationships with foreign figure or of some form of obstruction of justice.

Eric Trump and Ivanka Trump may be the targets of criminal investigations related to their activities with the Trump Organization. Ivanka Trump was recently exposed as having possibly received illegal payments as part of her father’s alleged tax fraud schemes. But even if she and brother Eric receive Presidential pardons, the two will not be protected from any local charges that a state like New York, which is investigating the tax fraud, might bring.

Mr. Trump apparently feels that any criminal investigation of his family members and himself could only be done as a form of politically motivated revenge.

Such talk comes as no surprise to anyone, Trump supporters and detractors alike, as pardons have been a major subject for speculation about what President Trump plans to do in his final weeks of office. The President has, of course, already granted either a full pardon or clemency to a number of his friends and associates including political consultant Roger Stone as well as his former National Security Advisor Michael Flynn.

But can a President pardon himself? It is not clear. Should Trump actually do so the only thing we know for a certain is that it would lead to the biggest constitutional legal battle in American history which could take years to resolve.

The possibility that a President cannot pardon himself has led many to speculate that the President Trump will resign his office early so that the then President Mike Pence would pardon him.

Until Trump leaves the White House, the danger is still very real that he could do lasting harm with his corruption and cronyism. We’re watching, and we need your help. Donate today for Giving Tuesday!https://t.co/frZq7sXP9h

As for Jared Kushner, he is one of a number of people sued by The Citizens for Responsibility and Ethics in Washington (CREW). The lawsuit, which was filed Tuesday in the U.S. District Court for the District of Columbia, accuses both President Trump and White House officials like Jared Kushner of violating the Presidential Records Act (PRA) by not correctly preserving records of official government business.

It asks that the courts somehow ensure the safe keeping of all documentation and recorded correspondence such as e mails.

“With the President facing potential legal and financial exposure once he leaves office, there is a growing risk that he will destroy records of his presidency before leaving,” said CREW in a statement.

“The Presidential Records Act exists for a simple reason: to prevent presidents and their staff from destroying historically valuable records. By deleting or preserving only parts of these records, the White House is destroying essential historical records,” said CREW Executive Director Noah Bookbinder. “The American people deserve not only to know how their government is making important decisions, but to understand what was going on behind closed doors and what we could do better in the future.”

It is not clear, however, how exactly such actions can be stopped ahead of time. If they are illegal actions, President Trump can simply pardon all of the offenders on the morning of January 20, 2021.