Entertainment producer David Geffen has sold a one acre empty lot in Beverly Hills for a whopping $33.75 million. Geffen paid about $30 million for the lot just a year ago so if you are keeping score that comes to more than a 10 percent return on investment per year.

Well it is located in an area known as Billionaires Row. This name was coined five years ago when a 35 year old Swedish programmer named Markus Persson paid $70 million for a new mansion in what was then a record breaking house sale in Los Angeles.

Can you imagine that. The world economies are in recession due to the Corona Virus pandemic and the entertainment industry has been especially hit hard with movie theaters shuttered and productions shut down. Yet a Hollywood mogul like David Geffen still found a way to bring in more than $3 million in cash profit on a year old investment.

According to The Los Angeles Times, David Geffen was going to build a 24,500 square foot modern mansion designed by architecture firm Shubin Donaldson on the plot of land located at 1169 North Hillcrest Road. The new estate’s blueprints called for seven bedrooms, 14 bathrooms, a bowling alley, nightclub, bar, theater, salon, gym and a giant 140-foot swimming pool. And yet the lot remains empty. 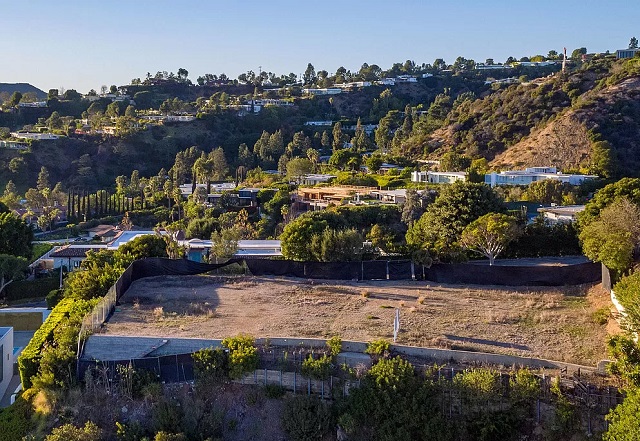 According to Hilton and Hyland Billionaires Row is a pocket area just west of Beverly Hills. This area has positioned itself as the best section in one of the world’s most prestigious neighborhoods – the Los Angeles version of “Billionaire’s Row.

A neighboring home there sold for $24 million last year. Another property is listed at $55 million.

And this is what Atlas.Etihad has to say:

“High above the Sunset Strip, you’ll find a winding street called Hillcrest Road. At the end of it is a cul-de-sac that has emerged, over the past few years, as the gleaming crown of LA’s new gilded age. There, modern-day versions of the Palace of Versailles have sprung up, one after another, along a quarter-mile stretch of Beverly Hills which, in local parlance, has been dubbed “Billionaire’s Row”.

In this article:David Geffen, Finance