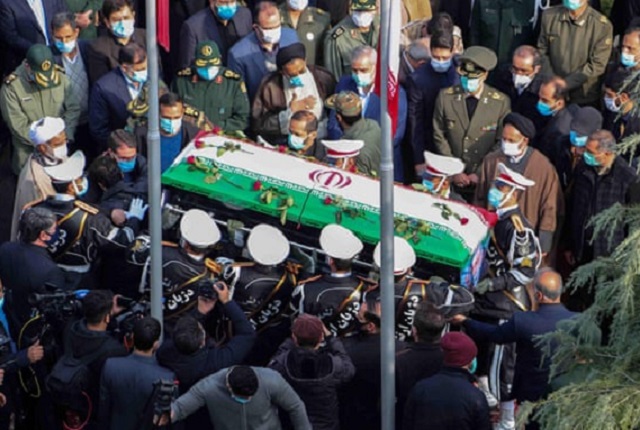 Fallout from the assassination of Mohsen Fakhrizadeh, who was known as the father of the Iranian nuclear bomb, continues. He was shot to death on Friday near Tehran. In 2018 Israel’s Prime Minister Benyamin Netanyahu unveiled Fakhrizadeh’s identity to the world by revealing his picture at a public speech, calling him the “shadow man” behind Iran’s nuclear program.

Iran’s Supreme Leader Ayatollah Seyyed Ali Khamenei is, of course, calling for revenge against Israel for the killing for which no one has of yet taken credit. Seyed Kamal Kharrazi, the head of Iran’s Strategic Council on Foreign Relations,reportedly said, “Undoubtedly, the Islamic Republic of Iran will give a calculated and decisive answer to the criminals who took Martyr Fakhrizadeh.”

Israeli news programs are speculating that the expected mass of Israeli tourists headed to the United Arab Emirates over the winter months will not happen now. The UAE had only just announced that it would not require Israelis to get travel visas before entering the country, but now authorities warn that they would be targets for revenge terrorist attacks plotted by Iran.

Meanwhile Iran’s Fars News agency has reported that Mohsen Fakhrizadeh was traveling in a bullet proof car with his wife and a security detail at the time that he was killed. After some bullets were fired at his car the scientist exited the vehicle to investigate and was gunned down by what the Iranians have described as a remote-controlled machine gun fired from a Nissan parked alongside the road.

The Iranians have also claimed to have found the weapon used and that it bears the logo and specs of Israel’s military industry, whatever that means. They also maintain that they can prove the weapon was by satellite.

And as if that were not enough, Iranian television also released the pictures of four people who claim to be the Israeli agents behind the attack. Israel morning TV show hosts found this to be particularly amusing and laughed at how the pictures could have been of anyone.

This is reminiscent of when the Mossad was accused of killing Hamas leader Mahmoud al-Mabhouh in a Dubai hotel room more than a decade ago. 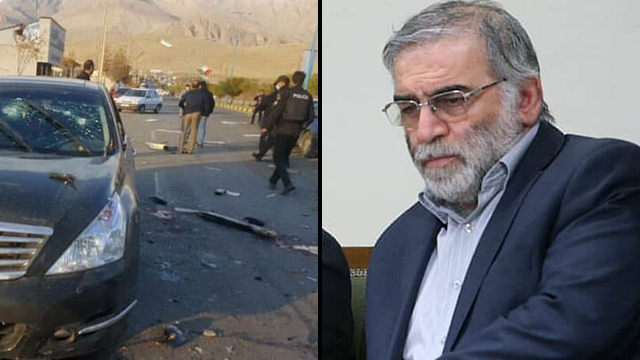 Seyed Kamal Kharrazi, the head of Iran’s Strategic Council on Foreign Relations, Stated, “Based on reports received from members of his security detail, Mr. Fakhrizadeh’s vehicle was initially targeted by gunfire, after which a Nissan vehicle laden with explosives was set off in close proximity to them as gunfire, targeting their vehicle, was continuing.”

Regardless of who is to blame for the assassination the Iranian government has been made to look the fools for allowing it to happen. And they do not need any sort of proof to blame Israel for it.

It was revealed just a few weeks ago that Israeli agents killed wanted Al Qeda leader Abu Muhammad al-Masri in Tehran last summer. That killing was carried out at the behest of the United States.

Many observers have pointed out that if Israel is behind this latest assassination then it must have also been done either with the approval, or even at the request of, the American government. With less than two months left in office people are concerned that President trump may choose to order more hostile actions against Iran and that nation’s interests while he still can.

Some are already speculating about a war starting even before Joe Biden takes office on January 20.