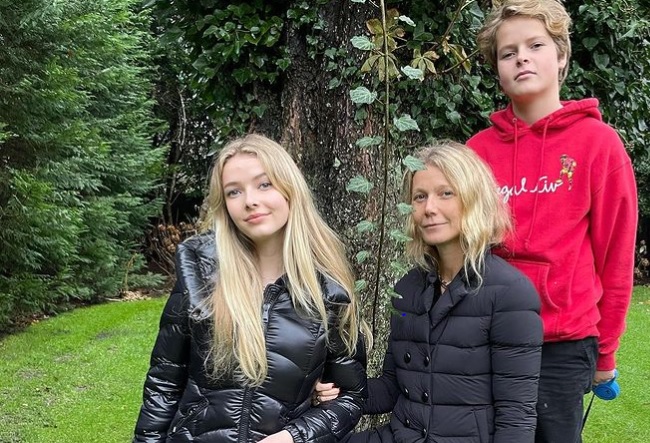 Gwyneth Paltrow must really like wasting money on utensils, having just promoted a $50 bred knife on her website Goop. Or at least she makes money off of other people wasting theirs. The writers at England’s The Daily Mail spotted this one.

The knife, which comes in three sizes, sold out and so is no longer advertised on Goop. The German made Zwilling knife was offered exclusively on Goop. It was described as having a scalloped serration specifically designed to minimize crumbs and tearing, “meaning that you can take on even the crispiest baguette without the crust exploding all over the counter.”

The Oscar winning actress may only be half-Jewish, but does she really need to act like a greedy Jewish entertainer? Why can’t she use her fame to promote more affordable items for everyday women out there? Wouldn’t that make her a true feminist icon?
–

But if you want something cheaper Goop also offers another knife from Opinel for only about $50. And it seems the same.

Well at least Gwyneth Paltrow gave her fans a glimpse of her kids over the Thanksgiving holiday.

The Goopy woman shared a pic of herself with her two kids that she shares with ex-husband, Coldplay’s Chris Martin, daughter Apple Martin, 16, and son Moses Martin, 14. The picture was taken when the three they visited her father’s grave. It was Bruce Paltrow’s birthday on Thanksgiving Day this year, November 26. The late Hollywood producer who died in 2002 was descended from Polish Rabbis named Paltrowicz.

Gwyneth Paltrow, 48, said in her Instagram post with the pic, “On this November 26th, I was able to visit my fathers resting place (on his birthday) with these two loves of my life. Happy thanksgiving. Life has incredible highs and lows. Perhaps feeling it all at the same time is the art.”

In this article:Finance, Gwyneth Paltrow