Mastercard’s fourth annual Index of Women Entrepreneurs has cited Israel as the best at fostering of female entrepreneurial environment. Score another big achievement for Startup Nation as it proves to the world that women can be as good as men at founding new companies.

The Index was compiled from a review of the progress of women in business in 58 different nations, representing nearly 80% of the world’s female labor force. Israel ranked fourth in last year’s study. Startup Nation also ranked first in institutional backing for SMEs (small and medium-sized enterprises), all the way up from number 42 in 2019.

The ranking should come as no shock to the people who follow the Israeli business scene. Many of the women who hold leadership positions in Israel’s local startups first proved themselves as leaders by serving in command position in the Israel Defense Forces where one does not need to be an officer in order to be someone in charge. 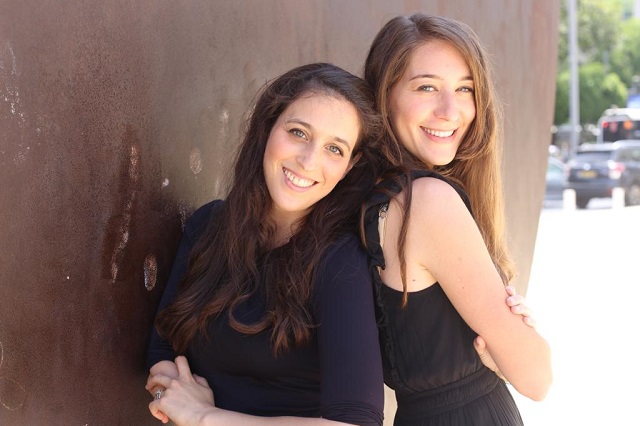 Everyone talks about the 8200 unit in the IDF which handles cyber security issues. But, while its graduates may be innovators in computer technologies, they are not the only driving force behind Startup Nation.

IDF experience in managing any aspect of the military, from supply to human resources, offers people invaluable training which they bring with them to the private sector. And since Israel has drafted women and had women serving in senior positions in the IDF since its inception, it is not surprising that women have also been prominent in the success of Startup Nation.

The readers of Jewish Business News should not find this surprising. Just this week we highlighted the two women behind Tech It Forward, a sort of a travel agency for business people looking to invest in Israel. That firm was founded by two women, Jennifer Elias and Jessica Rosner.

Jessica Rosner is originally from New York and came to Israel with her family when she was young. Jessica holds an MBA in Business with a concentration on Marketing and Strategy from Tel Aviv University.

And a few years ago we profiled Meirav Oren, the Israeli founder of Versatile, a Construction Tech Company that has pioneered a new, non-intrusive way to capture jobsite performance data.

Meirav was an officer in the Israeli Air Force where she finished her service as a First Lieutenant. She was the operations officer for an F-16 squadron. As such, she commanded the team of specialists who managed the flights in terms of which missions and training would be done on a given day, as well as who gets to fly and in which team.

Meirav Oren also has three different higher diplomas. She has a B.A. in Economics and Management from Ben Gurion University in Beer Sheva, an L.LM in law from Bar Ilan University, and an MBA from Tel Aviv University.

“We have seen the staggering extent of the disparity women in business face. But unlike any other economic downturn, Covid-19 has also paved the way for considerable progress, and we have seen what we can be achieved when priority is given,” said Mastercard Vice President of Global Consumer Products and Financial Inclusion Sue Kelsey.

“However, are we brave enough to seize the opportunity, to listen to the data outlined in MIWE 2020 and act accordingly? Or we will cling on to a failed system, and allow the pandemic to shave off progress to date? These are critical questions decisions makers need to have at the fore as they plan their road to economic recovery,” Kelsey went on to say.

In this article:Mastercard, startup nation, Finance