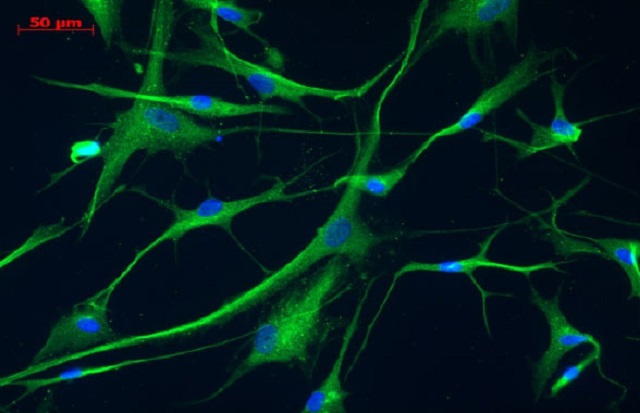 Israel’s BrainStorm Cell Therapeutics suffered a major setback last week after poor results from clinical trials caused mare than a 70% drop in its stock price. But that is not stopping BrainStorm from moving forward.

According to the Mayo Clinic, Amyotrophic lateral sclerosis, ALS, is a progressive nervous system disease that affects nerve cells in the brain and spinal cord, causing loss of muscle control. ALS is often called Lou Gehrig’s disease, after the baseball player who was diagnosed with it. Doctors usually don’t know why ALS occurs. Some cases are inherited.

So what went wrong for BrainStorm. Well in a phase III clinical trial its NurOwn product was tested against control treatments in 189 patients. Such studies have two groups of participants: one which receives the real treatment and one which does not. No participant knows if he is receiving the real deal and the results of the two groups are checked against one another.

No statistically significant difference was found between these two groups in the symptoms of the disease. This means that NurOwn could not be shown to make a difference. But BrainStorm tried to put a positive spin on the results claiming that the number of test subjects was too small to be of significance. It also stated that there was an unusually high positive response among those who received a placebo, thereby eschewing the test’s results.

The failure was a serious setback as success in such studies must be had before a medical company can proceed with applying for approval from the FDA to hold more extensive trials.

This is one example of why investors tend to be cautious about putting their money into firms which develop new medical treatments and devices.

So what do you do now if you are BrainStorm? You present the study’s findings to a conference and act like it was really a success.

The company will do just that and present its treatment for ALS at the 31st International Symposium on ALS/MND to be held as a virtual symposium Dec 9-11th, 2020. In addition, Brainstorm will present the clinical experience with NurOwn outpatient administration during the phase 3 clinical trial in the poster session.

“We are encouraged by the results of the phase 3 pivotal trial of NurOwn in ALS and are privileged to make these important scientific presentations to the 31st International Symposium on ALS/MND.” said Chaim Lebovits, Chief Executive Officer of BrainStorm.

“We believe that presentation of these important phase 3 clinical and biomarker outcomes will increase awareness of the potential of NurOwn therapy in ALS and will enable us to listen to the ALS scientific and patient advocacy community as we seek a regulatory pathway forward with our innovative ALS cellular therapy, and hopefully provide a much-needed solution to ALS patients”.

“It is an honor to jointly present our clinical trial results with Dr Cudkowicz on behalf of the study’s principal investigators”, said Ralph Kern, President and CMO of Brainstorm. “The trial has generated an important set of biomarkers that clearly demonstrates NurOwn’s mechanism of action and may help predict ALS treatment response. We believe that there are important insights from our clinical trial and that NurOwn could potentially benefit ALS patients.”