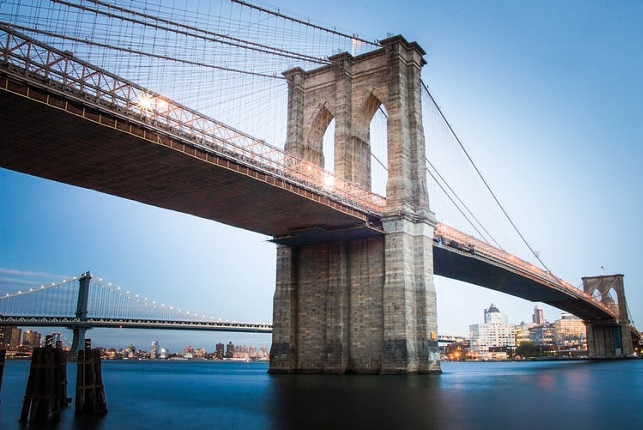 Israeli startup Dynamic Infrastructure uses artificial intelligence as part of its solution for transportation infrastructure problems. The company has been tapped by Suffolk County in New York State to provide structural inspections of the Long Island area’s bridges.

Talk about building bridges! So now Startup Nation is proving that Israel gains a great deal in good will around the world out of its innovation hub,  not just new wealth. The same can be said about the new deals being made basically every day between Israelis and their counterparts in Bahrain and the UAE since last summer’s peace deals with those countries.

This means that the people in charge of managing local highways and other infrastructure can get real-time risk analysis of bridges and tunnels. The system automatically triggers alerts when any changes are detected in the various structures under observation.

When it comes to a person’s health, early detection of any problems is essential to successful medical treatments. Think of how many people are saved today because of new blood tests which can uncover cancer markers. If a person’s cancer is discovered too late it may have already spread and no longer be treatable.

Well the same can be said about the many complex steel and brick structures found all over the world. A bridge, even a small one, may have been torn down and replaces due to irreparable structural damage. This constitutes a much greater cost to the local tax payers than periodic upgrades to infrastructure which might have been performed had there already been signs of stress or decay. 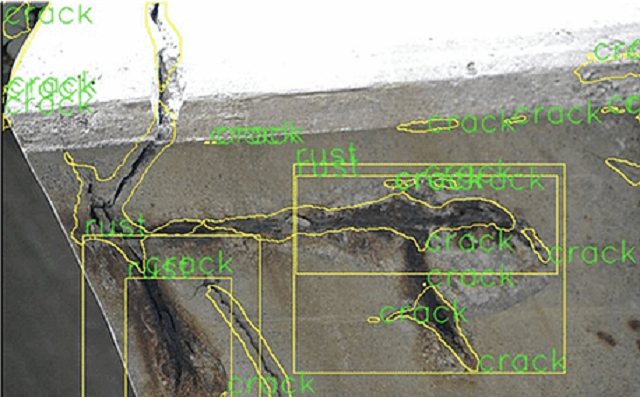 Israelis do not understand the importance of maintaining highway infrastructure such as bridges and tunnels. This is because the country has few of such structures and the ones that do exist are relatively new. The same can be said about Americans who live throughout their country’s central areas.

But in the American Northeast, especially in metropolitan areas like New York, locals are quite familiar with the problems of decaying infrastructure. This is because, unlike in most of America and Israel, these urban centers were built up in smaller areas located along rivers and where rivers meet the sea.

The biggest example of this is New York City which sits on the mouth of the Hudson River. This requires construction of numerous bridges and tunnels for cars to traverse the various waterways.

It is true, however, that they also have such structures in other parts of America too. But the infrastructure in the Northeast is the oldest in the country, built up long before more modern engineering technologies were in place which allow for longer lasting, stronger bridges and tunnels.

And there is something else about the Northeastern United States which is different from the rest of the country and desert countries like Israel: the weather. In cities like New York, Boston, Chicago and Philadelphia the temperatures go back and forth between two extremes. In the winter there are extended periods of below freezing temperature. In summer it gets really hot. This causes stress on roads and bridges not seen in places where the climate is more temperate.

This is why it is so interesting to see an American municipality looking to and Israeli firm for its infrastructure solutions.

According to Innovate Long Island, Dynamic Infrastructure has already successfully completed a pilot program, working on a single bridge in Suffolk County. It will now get to work on to 74 other bridges across Eastern Long Island. Just look at a map of the area and you will see the many smaller islands adjacent to Long Island, many of which are connected by bridges. There are also numerous bays which cut into Long Island which its highway system must traverse.

Saar Dickman said in a statement, “Counties and districts which face challenging budget issues can now benefit from a broad scope of capabilities that in the past were only available to larger agencies. Just by analyzing the visuals in past and current inspection reports, our cloud-based service provides clear and immediate actionable maintenance insight.”

“The latest project expansion aims to use our technology to cover the entire inventory by Q2 2021,” added Dickman.

Kevin Reigrut, member of Dynamic Infrastructure’s board of advisors and former executive director of the Maryland Transportation Authority said, “The system allows any operator, inspector or maintenance engineer to have actionable intelligence at their fingertips in order to decide if, when and how the daily maintenance and maintenance projects should be conducted, by supplying instant alerts about anomalies.”