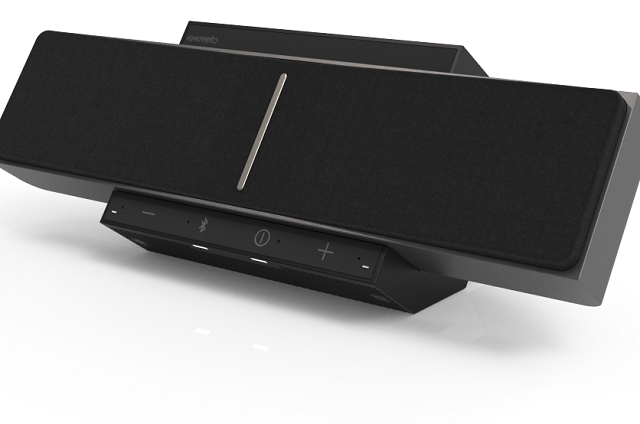 Israeli company Noveto Systems develops futuristic tech which can “beam” sound into a user’s ears, thereby doing away with the need for any earphones.

Yes you heard right. Noveto Systems new tech allows for people to hear audio from a device without even using headphones.

Co-founded by Tomer Shani in 2011, the company is based in Petah Tikva.

Noveto says that it is transforming audio, with the vision to free the world from the constraints of headphones and speakers. Noveto holds over 20 patents worldwide and is headquartered in Tel Aviv, with offices in Switzerland, Germany and the U.S.

Noveto products come in two forms: stand-alone branded hardware and embedded solutions for third-party products. The company’s first consumer device, SoundBeamer 1.0, is planned for release in December 2021. A compact, desktop unit, it is designed primarily for video conferencing but can also be used for SoundBeaming anything from podcasts to meditation and more.

AP reported on a demonstration of the SoundBeamer 1.0 performed by Noveto conducted via Zoom from Tel Aviv by the SoundBeamer Product Manager Ayana Wallwater said, “Most people just say, ‘Wow, I really don’t believe it.’ You don’t believe it because it sounds like a speaker, but no one else can hear it…it’s supporting you and you’re in the middle of everything. It’s happening around you.”

“You don’t need to tell the device where you are. It’s not streaming to one exact place,” Wallwater added. “It follows you wherever you go. So it’s personally for you — follows you, plays what you want inside your head. This is what we dream of world where we get the sound you want. You don’t need to disturb others and others don’t get disturbed by your sound. But you can still interact with them.”