Two days after scoring a big win on election day, when Californians passed Proposition 22, a ballot measure that exempts gig economy companies from a law that would require them to classify most of their workers as employees rather than contractors, Uber reported its third-quarter results on Thursday.

While the company missed revenue expectations, as the pandemic continues to wreak havoc on its ride-hailing business, CEO Dara Khosrowshahi said there were early signs that the company’s core mobility business would fully recover. “Uber comes back when cities come back. If anything, Uber is an advantaged form of transportation versus others,” he said in a conference call with investors.

The report once again highlighted the shift that Uber’s business has been undergoing during this time of restricted mobility. The company’s food delivery segment continued to outperform its core ride-hailing business, as the latter saw gross bookings plummet by 75 percent in the first nine months of 2020 and the former just about doubled in size.

“We are fortunate to have both a global footprint and such a natural hedge across our two core segments: as some people stay closer to home, more people are ordering from Uber Eats than ever before,” Khosrowshahi had said about his company’s forced pivot earlier this year. 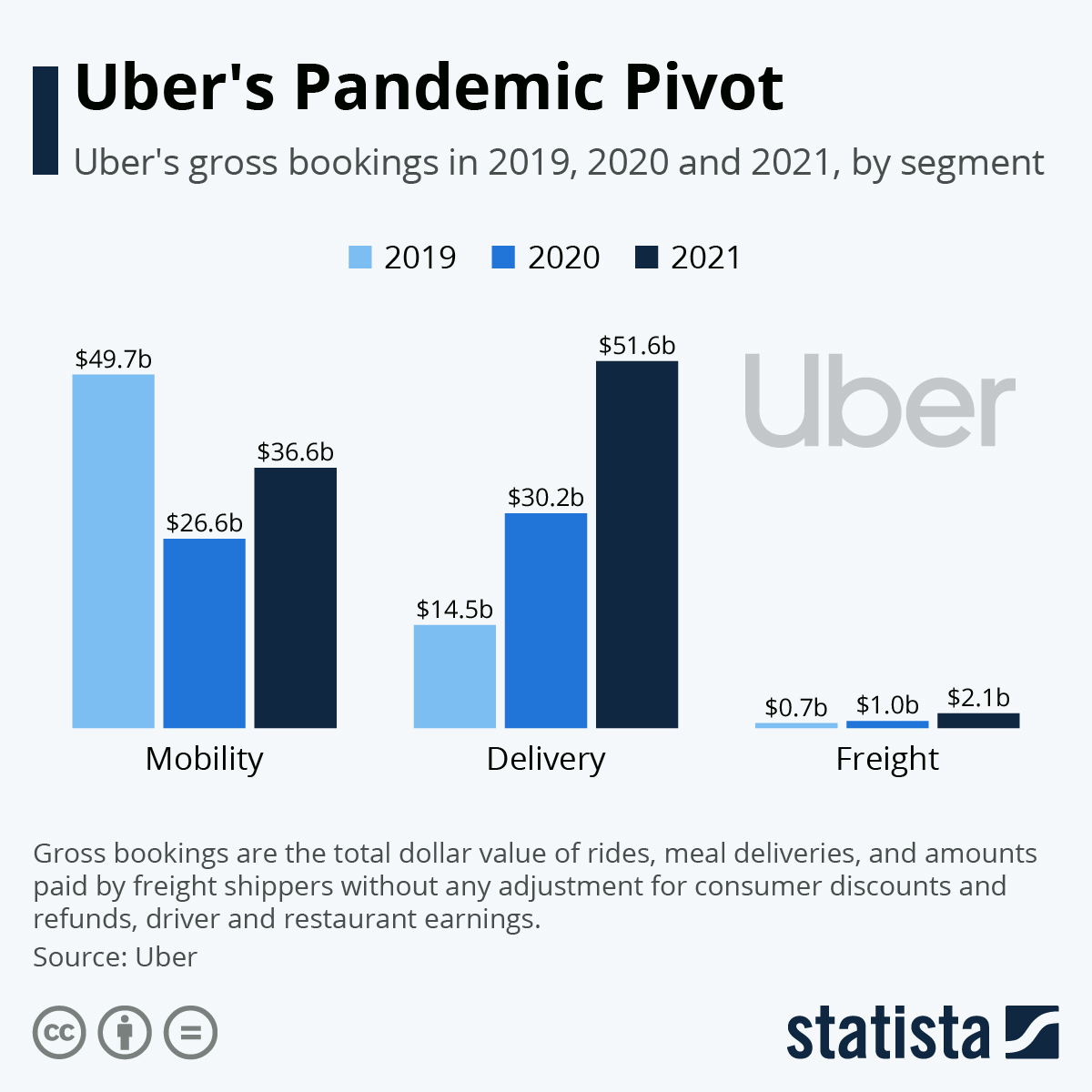