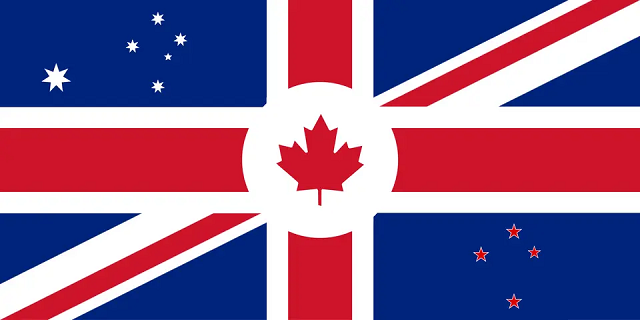 It did not take long for “Brexit”, a portmanteau term invented in 2012, to become common usage the world over.  Since then a new expression has been bidding for its place in the sun – CANZUK.

CANZUK is an acronym formed from the initial letters of Canada, Australia, New Zealand, and the United Kingdom – and it emerged following a bout of vigorous activity by a body founded in Canada in 2014 called the Commonwealth Freedom of Movement Organization (CFMO).   It was set up to expand the historical connections between the citizens of those four countries by creating a sort of travel-free alliance between them, thus encouraging their governments to strengthen and expand economic, political, trade, investment, military, and diplomatic relationships.

The imminent departure of the UK from the European Union spawned an off-shoot in the shape of CANZUK.  Eminent British historian, Professor Andrew Roberts believes that the CANZUK countries should form “a new federation based upon free trade, free movement of peoples, mutual defense, and a limited but effective confederal political structure.”  He points out that were CANZUK to become a union, “it would immediately become one of the global great powers alongside America, the EU and China. It would be easily the largest country on the planet, have a combined population of 129 million, the third biggest economy and the third biggest defense budget.”

In favor of the argument, he points out that the CANZUK countries already have a common head of state in the British monarch, a majority language, legal systems based on Magna Cara and the common law, Westminster parliamentary tradition, and a long history of working together. All they lack is geographical proximity, which is becoming less and less important in the modern world.

Momentum towards creating such an entity is mounting.  CANZUK launched a petition on its website urging the UK government to establish free movement and trade agreements with Canada, Australia and New Zealand.  The rules governing petitions to the British parliament are detailed, but any that reach 100,000 signatures are almost always debated. The CANZUK petition has so far  attracted more than 310,000 signatures.

Suppose such a third major political force were indeed to emerge on the world stage, what might its attitude be toward Israel?  Judging by Israel’s current relationship with the countries involved, the connection would be considerably warmer than the wary and arms-length association that has developed between Israel and the EU.  It would be boosted by the thriving Jewish communities in all four CANZUK nations

In the meantime the CANZUK dream is taking shape.  While the UK is readying itself to leave the EU on December 31, it is negotiating a comprehensive deal with Australia to include tariff reductions and labor mobility.  UK minister Liz Truss said: “Both countries are committed to removing trade barriers and creating new opportunities for business, and believe a deep and dynamic agreement can send a clear signal to the world that both the UK and Australia are prepared to fight protectionism and advance free and fair trade.” 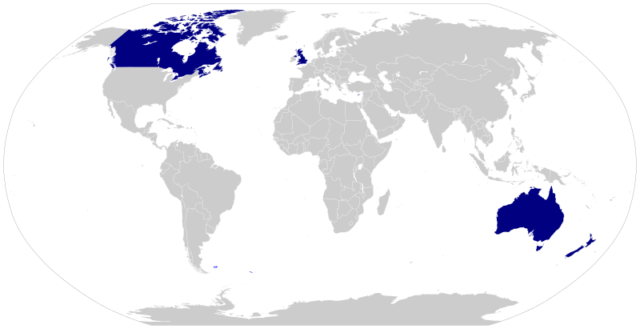 Leaked reports indicate that the UK-Australia trade deal will probably allow young Australians to live in the UK for more than two years, with a similar extension for Britons going to Australia. Enhanced freedom of movement was said to be a high priority for the Australian government.

Meanwhile the Canadian prime minister, Justin Trudeau, announced on October 29 that the Canadian government is likely to conclude a post-Brexit trade deal with the UK in the coming weeks.  The aim is to eliminate tariffs and other trade barriers between the countries.  Trudeau said that work was already underway to ensure that an agreement is in place before the end of the year.

Israel’s relations with the UK were particularly close during David Cameron’s premiership, and have remained so.  A post-Brexit trade deal between Israel and the UK is signed and sealed and ready to be implemented. Government trade ministers recently announced a bid for a new “higher ambition” UK-Israel trade agreement after Brexit, calling the two countries “tech superpowers”.  Israel-UK bilateral trade has increased year by year for the past decade, and international trade minister, Ranil Jayawardena, said annual bilateral trade between the UK and Israel in 2019 exceeded £5 billion but could be more.

The four CANZUK countries could be a new, strong entity on the world scene, very favorably disposed towards Israel. Professor Roberts goes so far as to believe that its emergence could bring about the fulfillment of Winston Churchill’s great dream of a Western alliance based on three separate blocs. “The first and second blocs – the USA and the United State of Europe – are already in place,” says Roberts. “Now it is time for the last – CANZUK – to retake her place as the third pillar of western civilization.”

Israel is exceptionally well-placed to tap into any formal CANZUK union or federation that may eventually emerge.

In this article:Israel, Finance, Israel-UK