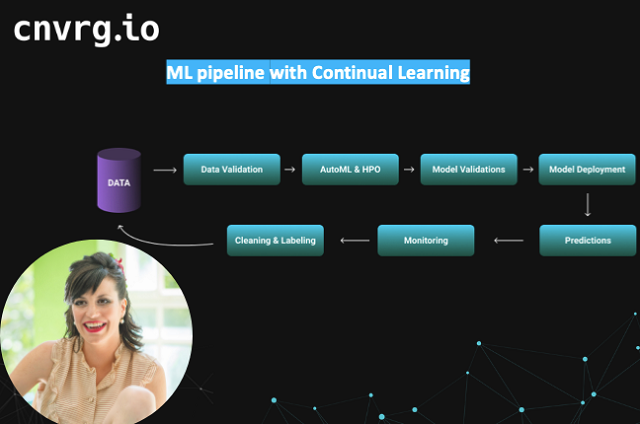 Israeli startup Cnvrg.io has been acquired by Intel. But it is not clear yet how much Intel paid for the company.

There are conflicting reports, however, as to the price tag placed on the company. According to Calcalist the deal was for as much as $60 million. But others set the valuation of Cnvrg.io at as little as $17 million.

The company has to date raised $8 million from a Series A fundraising round. Based in Tel Aviv, it was co-founded by Yochay Ettun the company CEO and Leah Forkosh Kolben in 2016.

Intel says that it plans on keeping Cnvrg.io an independent entity rather than fold it into Intel’s own organization.

The code-first platform is built by data scientists, for data scientists and offers unrivaled flexibility to run on-premise or cloud. From advanced MLOps to continual learning, cnvrg.io “brings top of the line technology to data science teams so they can spend less time on DevOps and focus on the real magic – algorithms.”

The company says that since using cnvrg.io, teams across industries have gotten more models to production resulting in increased business value.

Wondering whether to build or buy an MLOps platform? The following infographic helps you compare out-of-the-box with DIY solutions in terms of the time, money, effort and opportunity cost to your organization.https://t.co/vnCM9jnQsG #MLOps #machinelearning #datascience pic.twitter.com/Ef78yjh3Nu

Earlier this year cnvrg.io released CORE, a free platform for the data science community to help data scientists focus more on data science and less on DevOps. CORE offers some of the features of Cnvrg.io’s main tech.

The company states that CORE’s flexible infrastructure gives data scientists the control to use any language, AI framework, and compute environment whether on premise or cloud compute so they can do what they do best – build algorithms.

An Intel spokesperson told Tech Crunch, “We can confirm that we have acquired Cnvrg. Cnvrg will be an independent Intel company and will continue to serve its existing and future customers.”